Thirlmere Aqueduct over the River Irwell 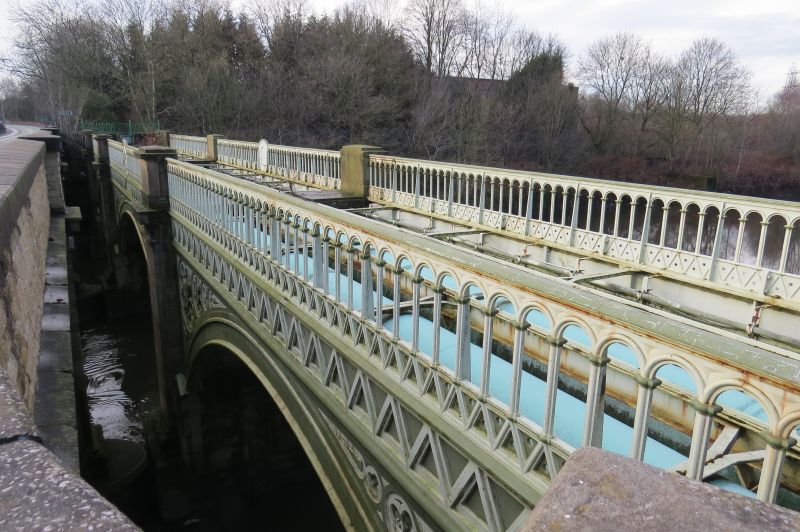 The Thirlmere Aqueduct is a 95.9-mile (154.3Â km) long pioneering section of water supply system built by the Manchester Corporation Water Works between 1890 and 1925.

The aqueduct was built to carry approximately 55,000,000 imperial gallons (250,000Â m3) per day of water from Thirlmere Reservoir to Manchester. The construction of the reservoir and aqueduct was authorised by the Manchester Waterworks Act of Parliament. The first phase was completed in 1897 and, for the pipeline sections, subsequent phases were completed in 1925. The first water to arrive in Manchester from the Lake District was marked with an official ceremony on 13 October 1894.

This takes the aqueduct over the Irwell River at Agecroft in Salford.

Uploaded by Barrie Price on 9 January 2014