A Grade I Listed Building in Buxton, Derbyshire 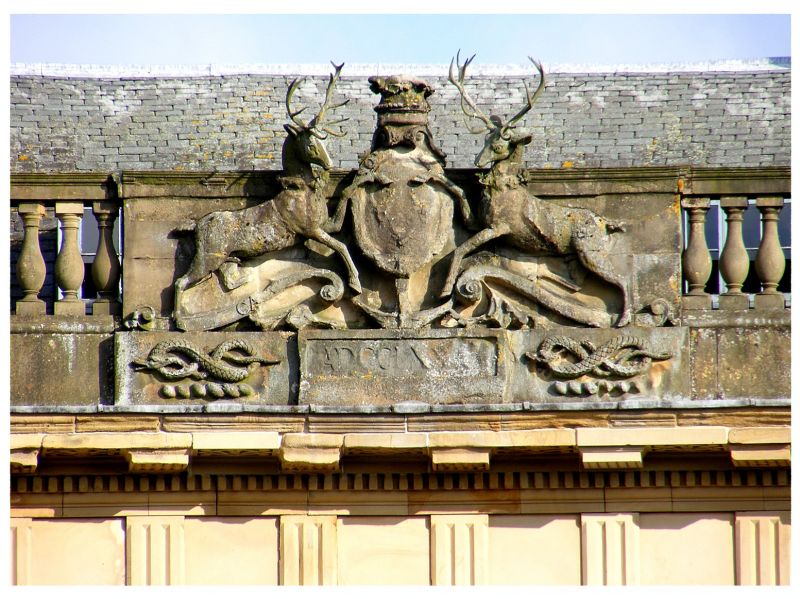 Church of England Parish: Buxton with Burbage and King Sterndale

BUXTON
THE CRESCENT
The Crescent

EXTERIOR: three storeys to front, four storeys to rear, and basements. Front has symmetrical 29 window semi-circular range culminating in five window facades at each end. Rusticated, round arched arcade to ground floor has set back 27 round headed openings, with sets of steps in front of arches 2, 8, 11, 14, 16, 22 and 23 (from right to left). Central altered doorway and to left a three-light opening, a window, a door, two windows, a doorway altered to a window, two windows, two blocked doors and three windows. To the right two windows, a door, two windows, a door, five windows, a door and a window. All the windows are glazing bar sashes and doorways have mostly six-panel doors and fanlights. Above giant fluted Roman Doric pilasters with blind balustrade and full entablature, topped by balustrade with plain panels interspersed with shaped balusters, the central panel is carved with the Cavendish arms.

INTERIOR: of former St Ann's Hotel altered but some original features survive. The vaulted cellars serviced by central passageway are divided into secure rooms providing wine cellars and stores. These retain many original features, such as four planked doors with strapped hinges within pegged architraves, that have been refronted with panelled doors. There are six-panel doors with low lock rails. Stone flag floors and a stone table survive. Window openings include two internal lunettes and an exterior window with chamfered mullion. To the right-hand, east, section many wooden doors retain top panels with bars for ventilation or vent holes. two fireplaces with stone jambs and lintels, one with narrow grate, the other larger.

Ground floor has later ornate dining room addition to rear, with massive moulded beams upon double modillions in five rectangular panels. Folding shutters to windows. Later furnishings include Chinese style woven wall hangings. First floor has cast-iron balusters to stairs, with wreathed wooden handrail and columns to landing. Door glazed and engraved to upper panels, with fanlight and raised panels to spandrels, in ornate doorcase with ovolo moulding, leads into Smoking Room. Drawing room also has entrance door with engraved glass to upper panels and overlight, in moulded surround with entablature. The ceiling has shallow relief plasterwork of interlocking scrolls with central roundel. The frieze is similar in style to the cyclamen or "whiplash" pattern. Ornate fireplace with overmantel. One fireplace removed at time of survey, elaborate over mantel mirror remaining.

The remaining houses and the hotel were designed as individual units, those to the hotel have linking curved central corridors on each floor. Each unit has three windows to the front and five windows to the rear with splayed internal walls following the curve of the Crescent. The units also have single flight return, cantilevered stone staircase with iron balustrade and wooden handrail. Most units contain some original decoration such as doors, doorcases and plasterwork, though many were modernized in the C19 and they retain interesting C19 fireplaces, plasterwork and panelling. Brick and stone vaulted cellars retain at least one later cooking range and slop stone sink.

Balustrade to Great Stair by Thomas Smith of Chesterfield, and plasterwork to Assembly Room by James Henderson of York and carving by Thomas Waterworth of Doncaster. The Crescent cost £38,601.18s.4d.