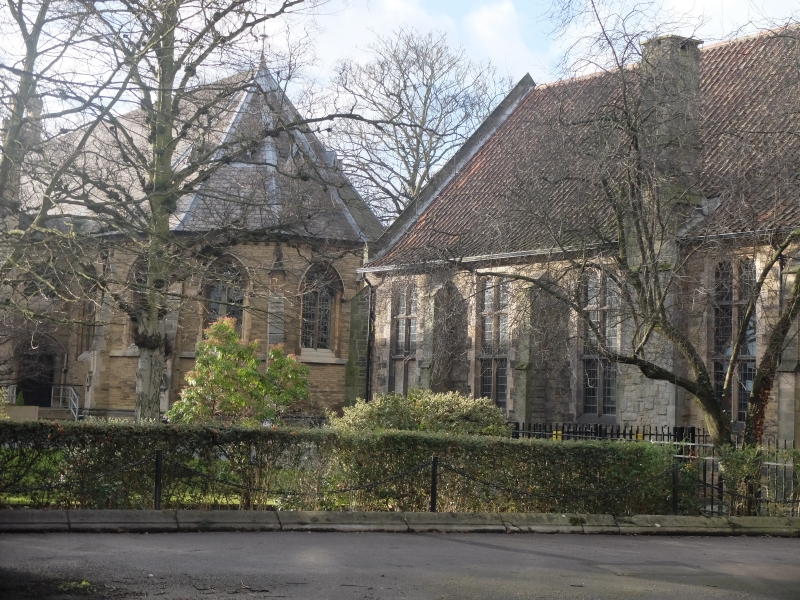 traceried head in stilted 2-centred arch. Other bays have
2-light windows with ogee trefoiled lights and quatrefoil
tracery. West end is gabled and has central weathered buttress
supporting gabled bellcote. Buttress is flanked by traceried
windows of 2 trefoiled lights beneath corbel-stopped
hoodmoulds. Bellcote has single opening and is surmounted by
wheel cross. Corbelled eaves course beneath coved coping
encircles nave and chancel. Windows generally have geometrical
tracery and square leaded lights.
INTERIOR: not inspected.
Originally built as a Preprietary School by a company formed
by leading York citizens. In 1844 purchased by Dean and
Chapter and amalgamated with St Peter's School.
(An Inventory of the Historical Monuments of the City of York:
RCHME: Outside the City Walls East of the Ouse: HMSO: 1975-:
53).