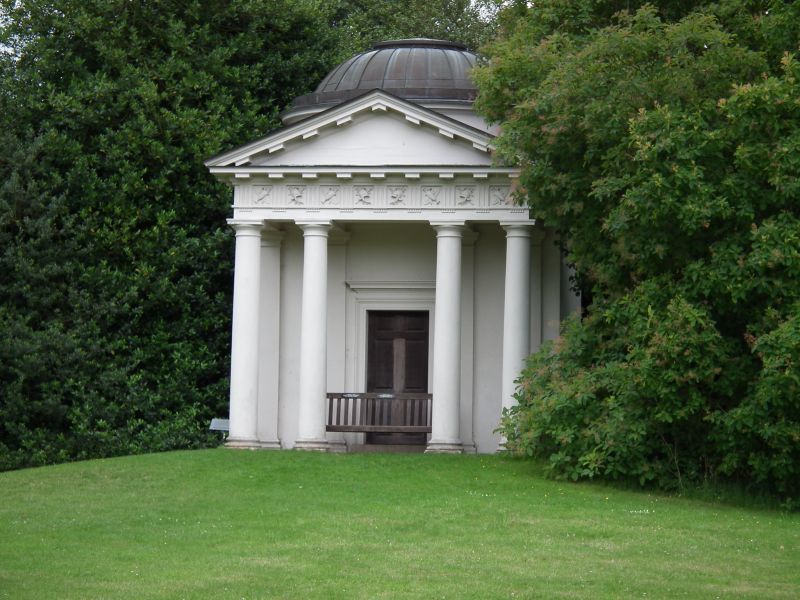 II
1760. Sir William Chambers. Whitewashed stucco. The facade has a portico of two pairs of Doric columns with a metope frieze pediment and an oval dome behind. Inside is a room with an oval domed centre. On the walls garlands and medallions with the names and numbers of British and Hanovarian requirements connected with the Seven Years' War.