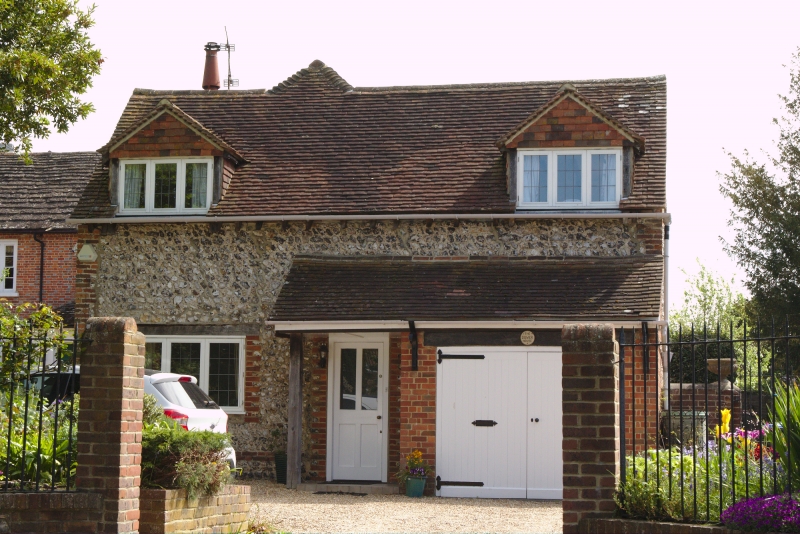 DURRINGTON HILL
1.
5406
(East Side)
Durrington
Dower House
TQ 10 NW 23/73A
II
2.
Abutting Durrington Manor at south-west corner and extending towards road at right
angles to it. Formerly outbuildings, now converted to a 2-storey house. The main
east part is a former barn, of flint with brick dressings, probably contemporary
with the Manor, or somewhat later. Tiled roof, half-hipped at east end. North
side has vertical quoin-bands, one dormer towards the west end and one modern ground
floor window at the east end. South front altered. At the west of the barn is
a short cross-range now bearing the appearance of a cottage, originally probably
older than the Manor, but largely reconstructed, including the west front (which
has reset old timber over left ground-floor window). Flint with brick dressings.
Tiled roof. Tablet on north side states: "S 1819". This item is included for its
group value with the Manor.