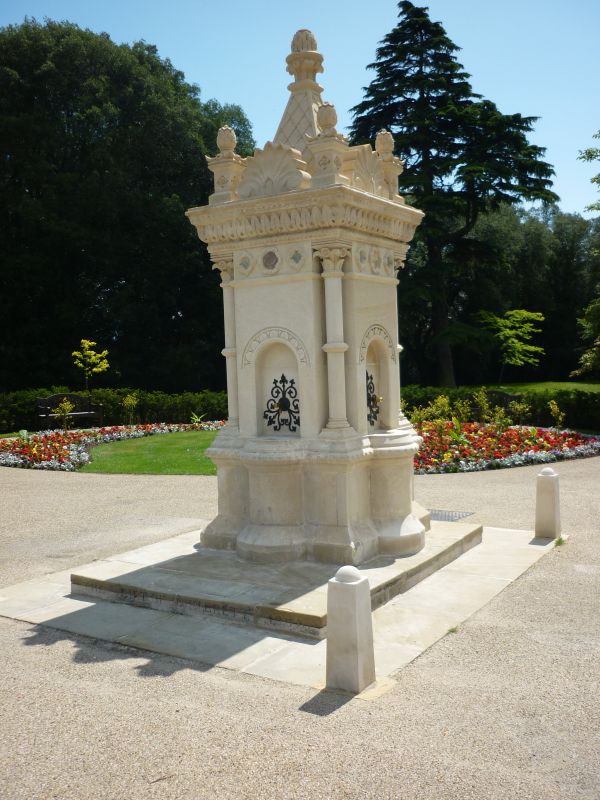 Drinking fountain. 1862. Signed by F Arrow. The gift of John
Brett. Stone over brick core. Stepped plinth with inscription
recording gift on north side. Square-section structure with
its base elaborated by one projecting bow to each face.
Superstructure stepped back by moulded rebates. Main part has
rebated corners fitted with annulated columns with stiff-leaf
capitals and each main side has a central arched recess. In
recesses are wrought-iron scrollwork and fountain taps, only
one of which is in place (replaced C20). Roundels and square
mouldings in frieze. Cornice with stylised waterleaf.
Surmounted by an obelisk finial in centre with corner finials
below, the latter separated by giant anthemions.