A Grade I Listed Building in Ledsham, Leeds 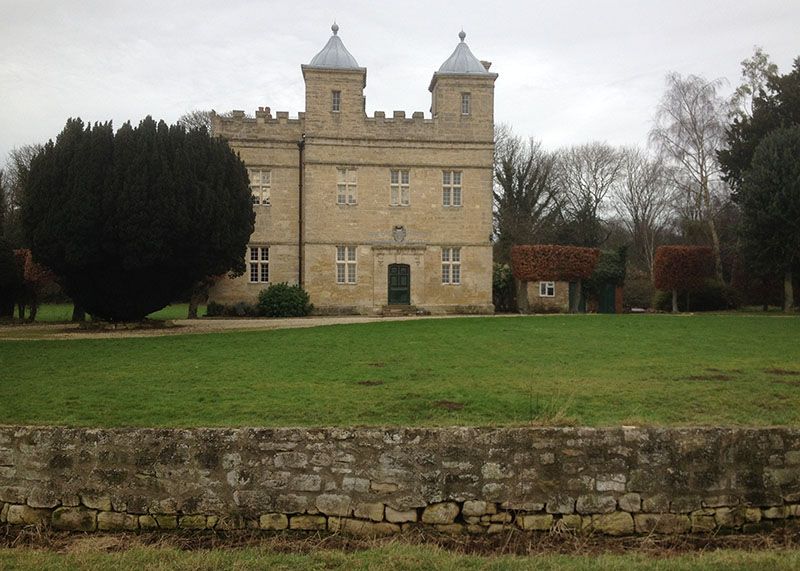 Hunting lodge or standing, now dwelling. Mid C17, for Sir John Lewis of
Ledston Hall; slightly altered. Dressed magnesian limestone, lead-clad
roofs. The principal element is square in plan and symmetrical in elevation,
but there is a short set-back wing on the left (west) side, and another to
the rear, which may be early additions. Two storeys; plinth, 1st-floor band,
string course above 1st floor, plain frieze, and moulded cornice, all carried
round the whole; 4 corner turrets and embattled parapets between them which
may be early replacements of timber balustrades; in the centre a depressed-
arched doorway with broad and slightly projecting architrave including a
keystone with carved hunting horn, an entablature with a carved console on
each side, and above the band a carved cartouche; two cross-windows at ground
floor and three above. The turrets each have one narrow vertical window in
each outer side, a string course to a plain frieze, a moulded cornice, and
ogee cap with ball finial (missing from south-west-turret), all formerly
surmounted by fish-weathervanes on slender masts. The set-back left wing has
one cross-window on each floor to the front, a similar window at 1st floor of
the side and the rear, and a 2-light mullioned window at ground floor of the
side and the rear. At the rear the north-west corner which is the stair
turret forms a salient between the wings, with former cross-windows in the
re-entrant to the west wing blocked up (suggesting addition of this wing),
but cross-windows in the other side mostly patent. The rear wing has narrow
vertical windows with a transom (one on each floor of the side, one at 1st
floor of the rear wall). The right-hand side of the principal block has an
external chimney stack finished with brick. Flat roof with access from
north-west turret; inner walls of turrets clad with large facing slabs, a
narrow door in one side of each.

Interior: remains of large stone-arched fireplace include both jambs and some
of the voussoirs; stone spiral staircase in turret; otherwise altered.