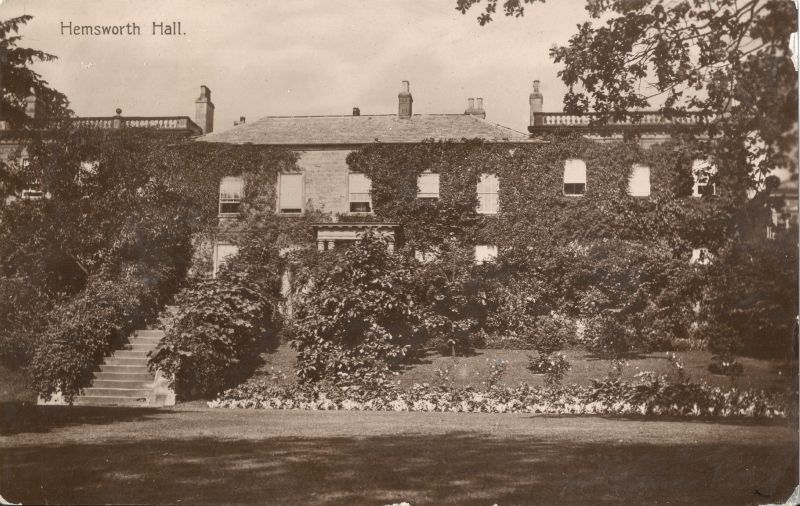 Slightly set-back side wings, of two higher storeys and three bays, the centre breaking forwards slightly, each have two first-floor bands, pilasters flanking the central ground floor windows, fenestration matching that of the main range, modillioned cornice, and balustraded parapet (formerly surmounted by urns). Left return wall of left wing has large round-headed stair window. Rear of main range has twelve-pane sashes on both floors, with raised plain surrounds. (Various modern buildings attached eg. to front of each wing, and at both ends, not of special interest).