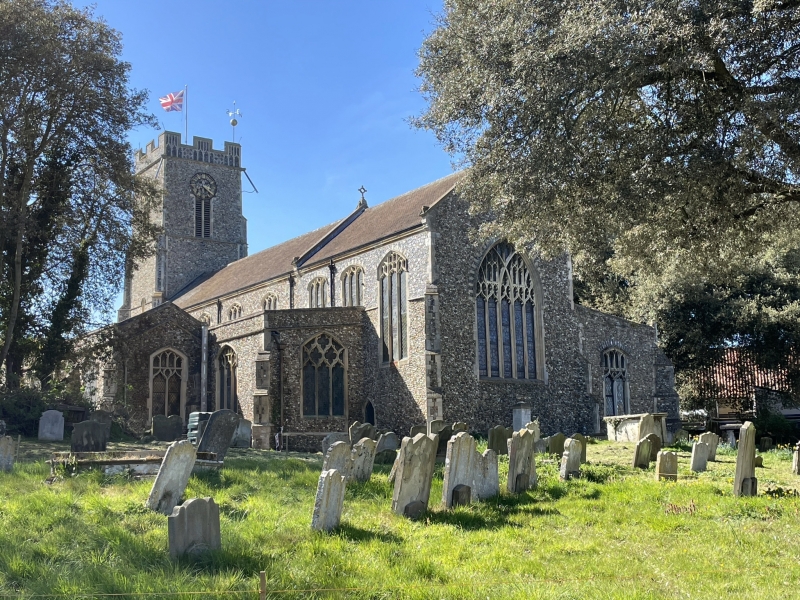 The present building dates from the C14 and C15 in the main, and consists
of nave, chancel, north and south aisles and additional north and south aisles
built within the last hundred years. There are also 3 chapels, on the south,
north east and north transept. The vestry was built in 1410. Suckling states
that the main building"probably owes its erection to the Argentein family."
The square tower dates from C15, being completed about 1420. There is a
marble tablet to the memory of Sir Henry Bedingfield, who died in 1687 (see
Gothic House) and to Charles D`Urban who died in 1769, infant brother of
Sir Benjamin D'Urban, also a native of Halesworth and Governor of the Cape
of Good Hope, after whom Durban, Natal, was named.