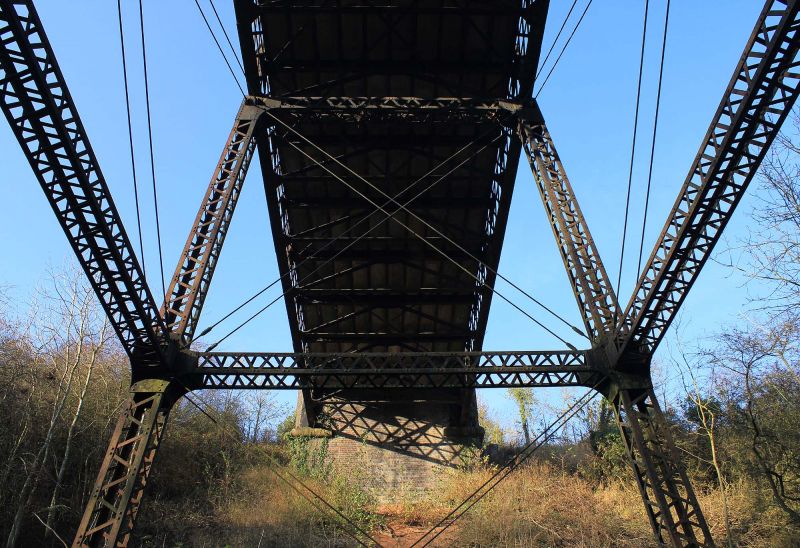 Road bridge over railway line. 1849-50. Designed by W .T. Doyne; ironwork made by Messrs. Smith, Smith and Jarnes of Leamington; for the L.N.W.R. Two 156 Et. wrought-iron lattice girders, connected by wrought-iron transverse girders, covered by galvanised corrugated iron, containing concrete and metalled carriageway. Brick abutments with stone dressings. The bridge has a slight camber. Later in the C19 the bridge was reinforced under the centre by four lattice columns with horizontal lattice bracing girders and diagonal tensioned tie-bars. The bridge has a clear span of150 Et., which was a world record at the time of construction for a bridge of this type. It was built over the Rugby to Leamington line, now disused. SOURCE: Minutes of Proceedings of the Institution of Civil Engineers, Vol.IX [1850] pp 353-359.