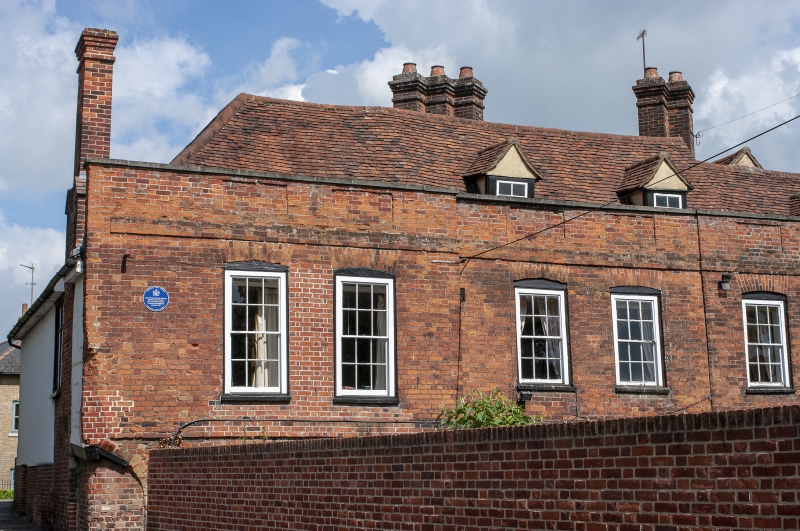 HISTORICAL NOTE: Lombard House was the home of Sir Henry
Chauncy (d.1700), lawyer, Steward of the Borough, and
subsequently Recorder under the Charter of 1681, and historian
of Hertfordshire. The property was also known as 'Malloryes',
and was used as a judges' residence during C18.
(Turnor L: History of Hertford: Hertford: 1830-: 283-5, 402-5;
Victoria History of the Counties of England: Hertfordshire:
London: 1902-1912; Royal Commission on Historical Monuments
(England): An Inventory of the Historical Monuments of
Hertfordshire: London: 1910-: 112; East Herts Archaeological
Society Newsletter: Lombard House: Hertford: 1949-1965;
Forrester H: Timber-framed buildings in Hertford and Ware:
Hitchin: 1964-: 14-16; The Buildings of England: Pevsner N:
Hertfordshire: Harmondsworth: 1977-: 190; Green L: Hertford's
Past in pictures: Ware: 1993-: 29, 75, 156).