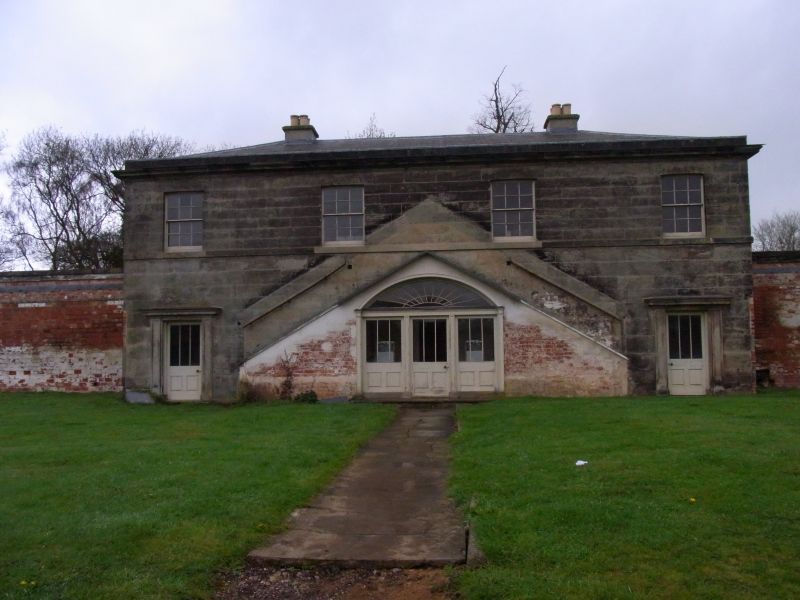 The Head Gardener's house(along with the walled garden)was built in 1805. It had a greenhouse extending from the doorway southwards, the traces of the roofline are visible,the house was built in stone, but only where the stone would have been visible, the rest, which would have been covered over by the greenhouses, was built in brick, this was to save on the cost of the build.