Shippon and Hayloft at Cornfields Farmhouse 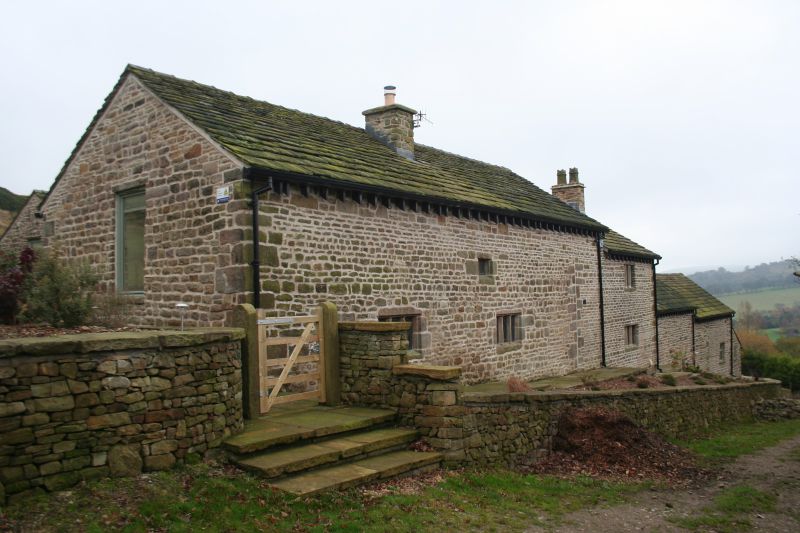 Formerly farmhouse and cottage, now shippon and hayloft, early C17
altered to farmbuildings C19. Coursed squared sandstone rubble with
sandstone dressings and graded Kerridge stone-slate roof. House
rectangular, cottage and farmbuildings added to form a long downhill
range. House is of 2 storeys and was of 4 bays. North front has 3
square, C19 openings under hammer-dressed lintels and the roof was
raised at the same time. To rear, blocked single light fire windows
in end bays with 2, 3-light hollow-chamfered stone mullions (one
partly altered) between with similar 2-light above.
Interior: Bevelled fire surround and some chamfered beams.