A Grade I Listed Building in Heysham, Lancashire 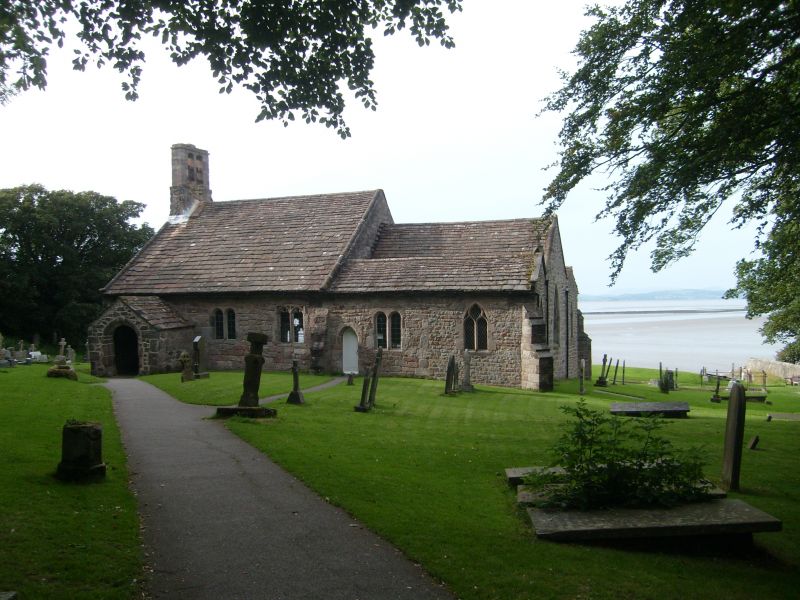 GV
I
Church. C14 and c.1500 with pre-Conquest remains and mid C19 alterations. Restored and north aisle added 1864. Sandstone rubble with stone slate roof. Comprises a nave with north and south aisles under a continuous roof, a west bellcote and south porch. The lower chancel has north and south aisles, both under pitched roofs. The west wall has 2 buttresses with offsets. Between them is a blocked round-headed doorway remaining from the pre-Conquest church. Above is a 2-light C19 window with reticulated tracery under a pointed head. The bellcote appears to be C17 and contains 2 bells. To the right, lighting the aisle, is a small chamfered window with ogee head. The west window of the C19 north aisle is of 2 lights with a foiled circle within a pointed head. On the north side a similar window lights the chancel aisle and two light the nave aisle. To the east the chancel aisle wall is stepped forwards and the taller vestry is separately roofed. A low boiler house is built against its wall, which contains a chimney. The south porch appears to be C17 and has a pitched roof and a segmental-arched doorway. The inner doorway is chamfered with a pointed head. Two mullioned windows of 2 lights light the nave aisle, the left-hand window with segmental heads and the right-hand one with trefoiled heads. The chancel aisle wall contains a window of 2 segmental lights with a round-headed C17 doorway to its left. To the right, beyond a straight joint indicating an addition, is a 2-light C19 window with pointed head and reticulated tracery. In the east walls of the south and north aisles are similar windows. The east chancel window is of c1300, of 3 lights with intersecting tracery. Interior has walls of exposed rubble. The 2-bay nave arcades have chamfered pointed arches springing from octagonal piers and caps. The north arcade dates from 1864. The open timber roof appears to be of similar date. The chamfered segmental chancel arch is a C17 rebuilding, but has cable moulded imposts. The south chancel window, now opening into the south chapel, is C14 and of two lights with reticulated tracery. Built into the walls are various coffin lids, including the gravestone of a C17 vicar built into the east wall of the chancel. The chancel screen has traceried heads to the openings and contains C15 woodwork, but was moved to its present position in the C19 and was restored. In the south chancel aisle is a pre-Conquest hogback tombstone, with carved bears biting the ends and with the sides richly decorated with figures mixing Norse mythology and Christian symbolism. It was previously in the churchyard and was moved into the church in 1961. The octagonal sandstone font is probably C16 and has an openwork font cover with an ogee top. Although restored in theC19, its turned balusters appear to be C17. (V C H: 114-16).