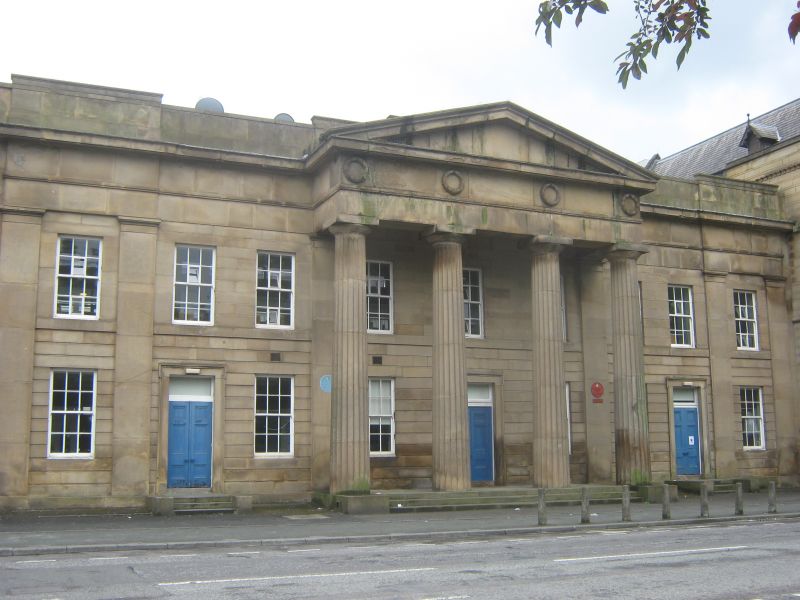 Town hall, facade to Polytechnic Refectory at the time of listing.
1830-1, by Richard Lane; recently demolished and rebuilt except the
facade. Sandstone ashlar. Greek Revival style. Two storeys,
1:2:3:2:1 bays, symmetrical, with outer bays breaking forwards
very slightly and 3-bay portico to the centre, channelled
rustication to ground floor, pilasters to the end bays,
entablature with plain frieze, cornice and parapet. Tetrastyle
portico of fluted Doric columns with four paterae on the frieze,
mounted on a base of three steps; central doorway with moulded
architrave, panelled double doors, and rectangular 2-pane
overlight; smaller doorways to the 2nd and 8th bays, in
similar style; 12-pane sashed windows to both floors with
plain reveals. Forms group with the former Manchester Polytechnic School
of Art to the right (q.v.).