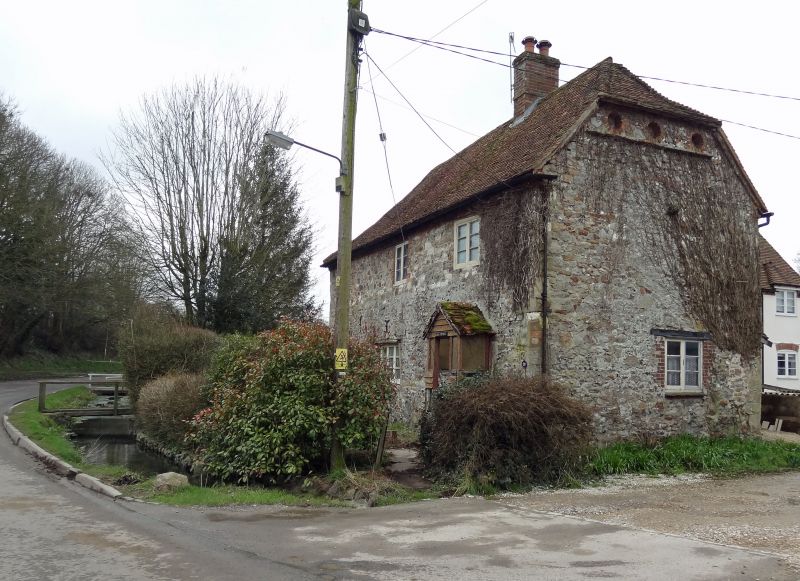 Farmhouse, C17 and C18 with C19 alterations. Flint, and sarsen and rubble with tiled roof. Some ashlar quoins and brick to left wing. 2-storey, 3 bays with 3 bay return on left forming No. 27. Probably C17 house raised to 2 storeys in C18. Door to No. 27 in
pitched side porch; to No. 29 in 3rd bay in C19 gabled porch. Original windows stone mullioned with hood mould, now fragmentary much altered and replaced with timber casements. Brick dentilled eaves. Roof hipped left, half hipped right and stack between bays 2 and 3 and at gable end of left wing. Right gable with blocked first floor window and 3 blind oculi. Lean-tos at rear.