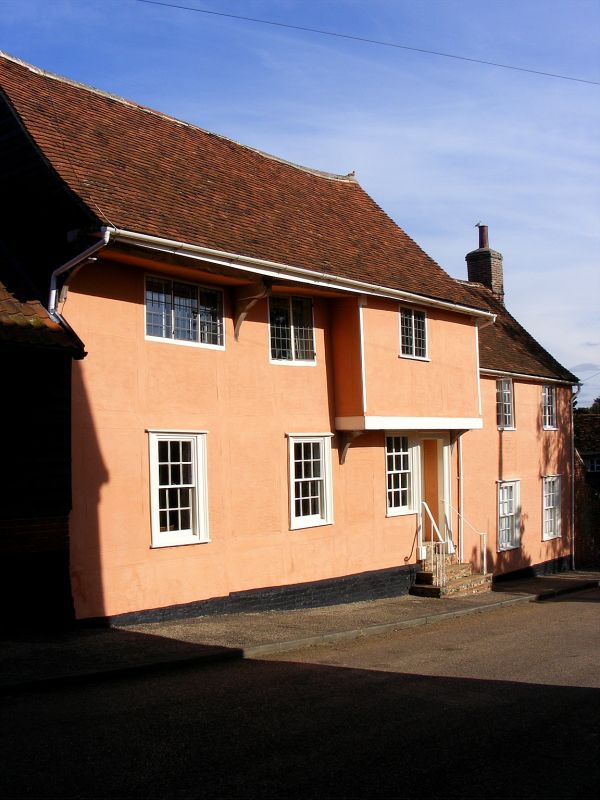 KERSEY THE STREET
1.
5377
(east side)
Bouttles
(formerly listed as
house and post office
next but one south of
The White Horse Inn)
TL 9944 57/459
TM 0044 58/459 23.1.58
II GV
2.
A C16-C17 timber-framed and plastered building of 2 blocks stepped down
the hill at different levels. A wing extends at the rear on the south
and at the north end there is a small weatherboarded addition with a
pantiled roof. Roofs tiled. The south part of the north block has a
jettied upper storey which projects on the front. At the south end there
is a large tapered external chimney stack. The windows are partly casements
(some with leaded lights) and partly double-hung sashes with glazing
bars.