A Grade I Listed Building in Twickenham, Richmond upon Thames 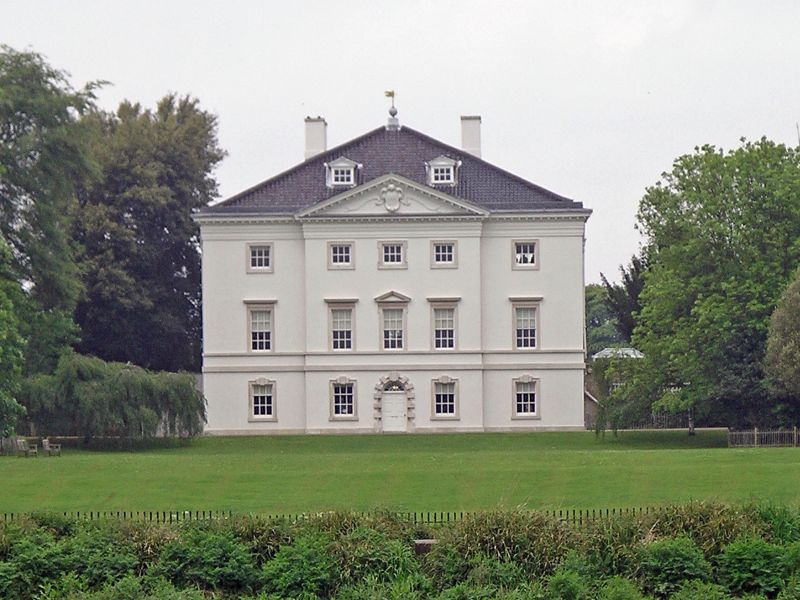 2.
Built 1724-29 to the designs of Lord Herbert and Roger Morris for Henrietta Howard,
mistress of George II. An unusually instructive exemplar of the architectural ideas
of the English Palladian School. The setting of the house was the work of the poet
Alexander Pope and Charles Bridgeman, the royal landscape gardener.
Rectangular on plan, with the main elevations facing north and south; stucco faced
with stone dressings; 3 main storeys (the lowest treated as an architectural basement);
modillion cornice with lead-covered blocking course pyramidal roof covered with blue-
black pantiles and with a lead-covered ball finial at the apex. The north and south
fronts of 5-bays with the centre 3 bays projecting and pedimented; projecting plain
string course and sill band at principal floor level.
On the north front, the projecting centre is enriched with a rusticated basement and
a pilastered giant Ionic order with stepped architrave and pulvinated frieze; tetra-
style; a cartouche in the tympanum of the pediment; the south front is more plainly
treated with a rusticated arched door at the centre. Low wing walls on either side
of the north front.
Fine interiors including the Great Room (a cube of 24 ft) and a mahogany staircase.
The building had been altered externally and internally but was restored to its
original design by the GLC in 1965-66.
(See: M P G Draper and W A Eden: Marble Hill House and its Owners.)