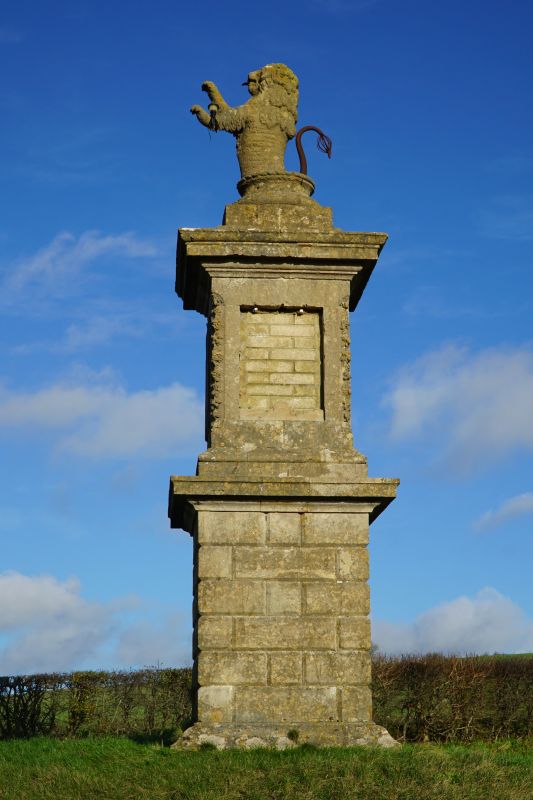 Monument. C18. Limestone. Rusticated plinth with cornice.
Square central section with chamfered corners bearing inscriptions
on each face on grey stone tablets. Upper moulded cornice and
cresting a lion rampant, one paw missing, with an iron tail.
Inscription on east, south and west sides identical, reading:
A. D. this monument from a general sense of gratitude / was
erected to the Memory of / JAMES LONG / late of Wedhampton Esqre /
whose publick spirit and benevolance / which he ever exercised for
the service / of Mankind, were remarkably exerted / in planning,
promoting and compleating this New Road / An: Dom. 1?68 / By which/
a former tedious and dangerous Way / over the adjacent Hill / is
avoided / to the great Pleasure and convenience of Travellers / IN
RECTO DECUS.
Fourth side: By Permission Michael Tichb(ourne) Esq.
(Wilts Notes & Queries, iii, 181-2)