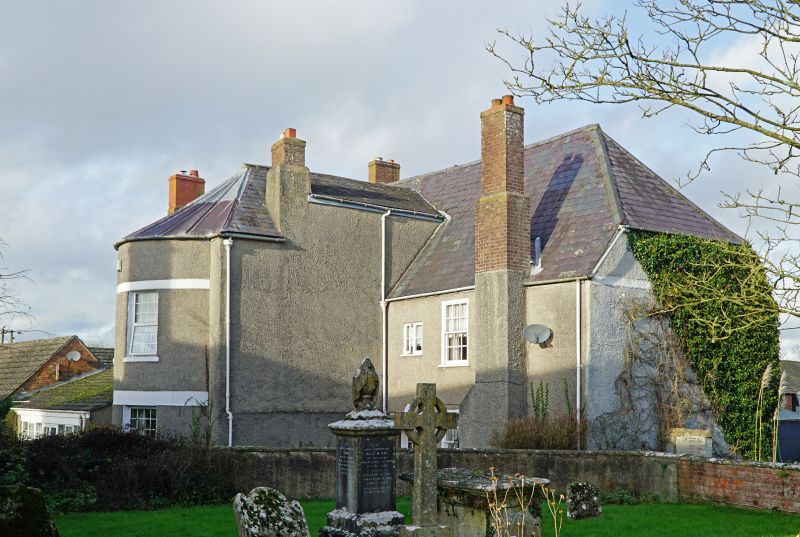 Farmhouse. C17 and late C18. Stone and timber framing with wattle
and daub infilling, all roughcast, with a slate roof. Two storeys
and attics. Four bays, comprising a central block with stone cross
wing at west end, and second bay developed as cross wing with 2-
storey bow window extension to south, and north gabled to match
west wing. Entrance to projecting wing of second bay, a C17
studded timber door in moulded frame. Paned windows, tripartite to
first bay dining room, and 12-pane sashes to bow at rear. False
windows to gables of north front. Interior not accessible. C17
stair at end of through passage from front door, with shaped splat
balusters and ball finials to newels. Timber framed wall to
kitchen and chamfered ceiling beams. Building was damaged by fire
in 1846 and restored.