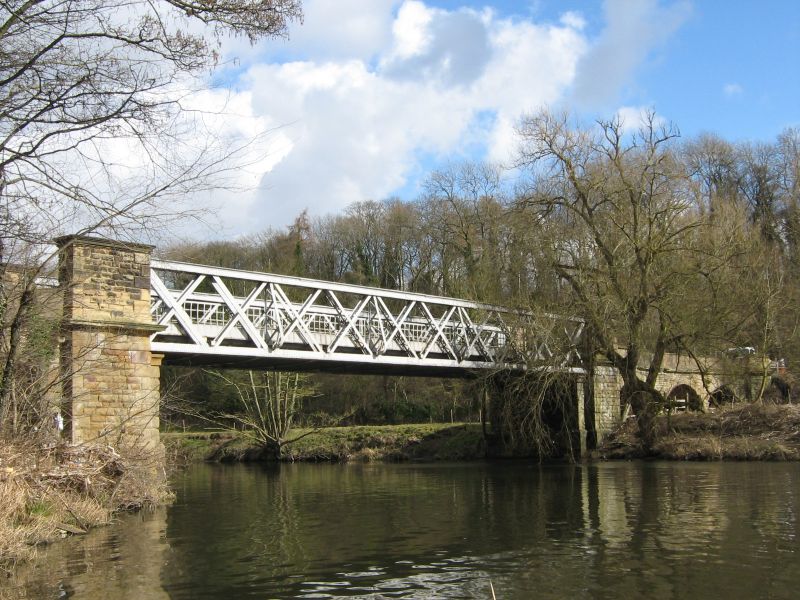 The asset was previously listed twice also under List entry 1151606, in the parish of Sprotbrough. This entry was removed from the list on 6th May 2015.

Bridge. Probably 1864 by Benjamin Brundell and William Arnold for Sir Joseph
William Copley (Civic Trust Newsletter); central span replaced 1897 in
ironwork by Newton Chambers of Sheffield. Fabricated iron central span;
rock-faced sandstone walling to piers and flanking causeways. Causeways each
have 3 segmental arches with rusticated voussoirs springing from cavetto-
moulded imposts; brick soffits; some waterspouts in spandrels; cornices
beneath rough-cast parapets with copings which terminate at end piers each
with ashlar frieze and modillioned cornice. Central span has riveted girders
with cross-braced side panels set in rebates in quoined and corniced abutment
piers. Square-latticed balustrade with wooden handrail on downstream side.
Oval plaques at each end of span state: