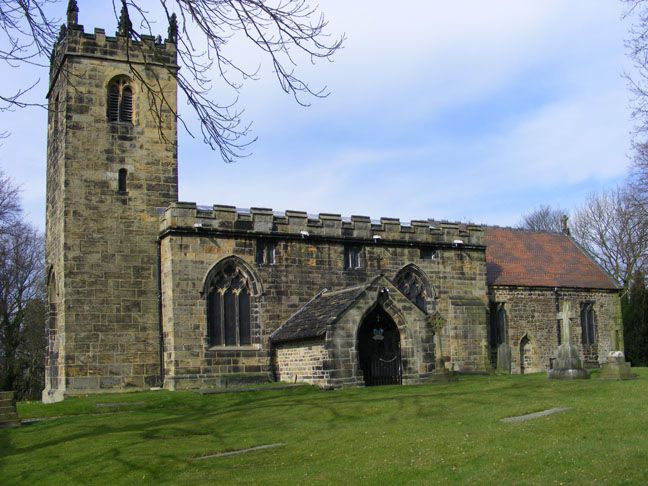 Interior: tall double-chamfered tower arch. North aisle has broach-stopped bases
to cylindrical piers with moulded capitals (1 round, 1 octagonal); eastern respond
with restored (?) waterleaf decoration; double-chamfered arches. Tall, pointed
and double-chamfered chancel arch on moulded brackets. Pointed-arched rood-stair
door. C19 roofs and fittings. Monuments: cross slab with book and chalice to
Thomas Toytyll (d1482) - near priest's door; other incised slabs include one to
Richard Worteley (d1435). Eastern window on south side of nave probably by
Morris and Co. in the style of Burne-Jones is in memory of Ellen Walker(d1879).

S. Brinkman, The Parish and Church of St. Peter, Tankersley, in the Diocese of
Sheffield, 1983.