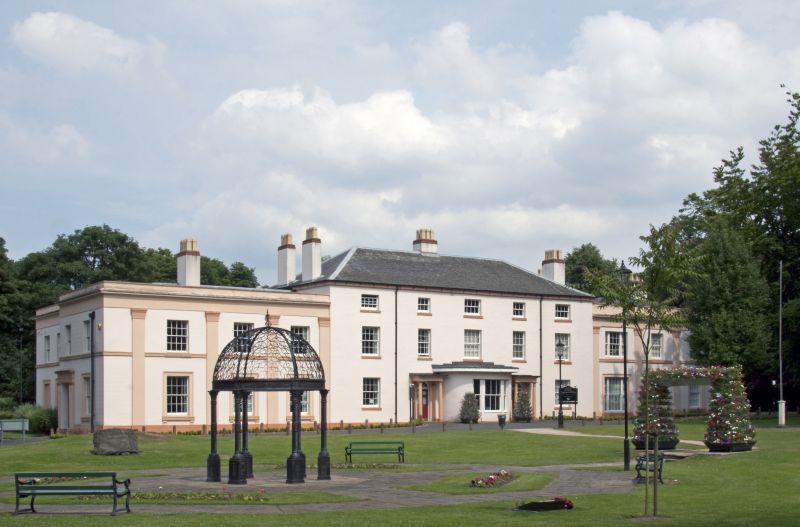 Four houses, now offices. Probably 1830s. Stuccoed brick with hipped slate
roofs. Comprises a three-storey five-bay central block with lower two-storey
three-bay wings to each side. The windows are mostly sashed with glazing bars.
Windows in the second and fourth bays of the main block over the entrances are
narrower than the rest. The third and fifth bays of the main block are bowed
on the ground floor, now with overhanging C20 felt roofs. The left-hand one has
a tripartite sash with pilasters as mullions. The right-hand bow has three
windows, with a pediment above the central one. The second floor windows of
the main block are casements. Doors, in the second and fourth bays, have Tuscan
porches, each having a reeded frieze with paterae. The three lower bays to the
left are separated by pilaster strips. The ground floor windows have architraves.
The three right-hand bays are similar, but are separated by pilasters and have
sashed windows on the ground floor. The left-hand bay of these three has wider
windows. Chimneys in centre and on end walls of main block, between first and
second bays at left, and between second and third bays at right.