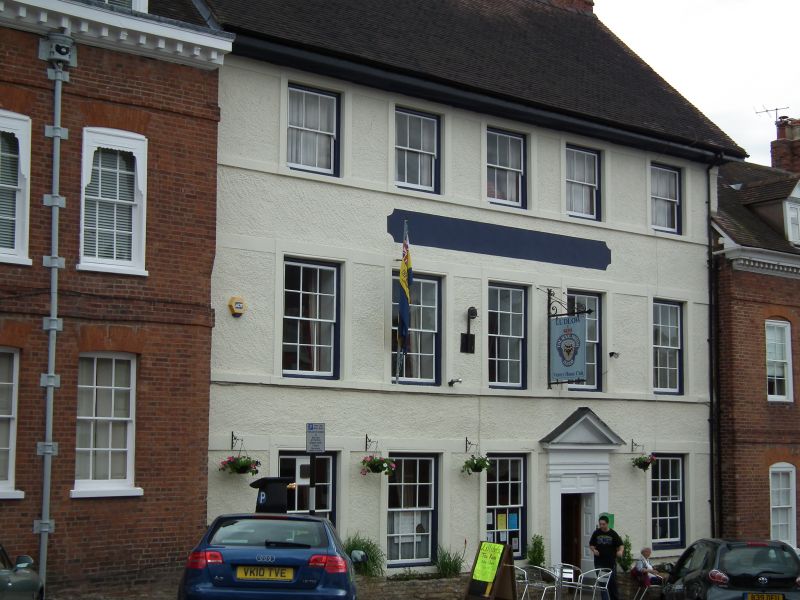 INTERIOR: the entrance hall and another ground floor room have panelled walls. The open-well staircase has two turned, vase-shaped balusters to each tread and a ramped and moulded handrail with wreathed curtail. To the lower walls is ramped panelling, and the plaster walling above the first lending and the subsequent flight has a mural painted by Bruce Bairnsfather, showing a soldier in front of a ruin, inscribed ‘Old soldiers never die / they simply fade away’ and signed and dated ‘Bruce / Bairnsfather / 47’. The two, first-floor front rooms have been joined together.