A Grade II* Listed Building in Telford, Telford and Wrekin 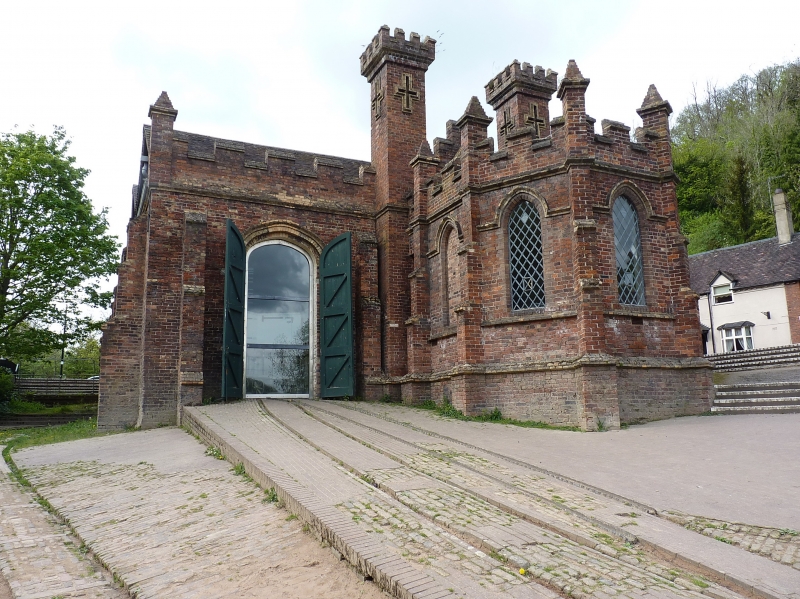 2.
Mid/late C19, originally a wharf building and warehouse of the Coalbrookdale Company.
Red with yellow brick dressings in Gothick style. Castellated with pinnacles and
buttresses, moulded stringcourses, pointed arch window openings with dripmoulds,
diamond-paned casements. Single storey range south-east front has large 4-centred
arch doorway right and left with polygonal 'apse' at centre with lancets and
2 flanking castellated turrets. Each turret has a round ornamental terracotta
chimnay pot. The sides have 4 gables each with pointed arch windows. Plain tile
roof.
Originally there was a basin for barges adjacent to the wharf building.