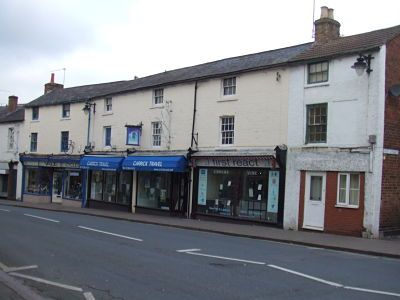 There have been a few changes since John Payne carried out the 1992 survey for the Civic Society. Back then No. 61 wwas a shop, Evesham Camping.Leisure, now it appears residential. No. 53 is now Vale Cycles. Paul moved his Bike Shop up Port Street after being twice flooded in his previous premises closer to the bridge.

The buildings appear much the same except two lighting units have now been attached to the frontage.

Uploaded by Colin Tether on 23 November 2012