A Grade I Listed Building in Warkworth, Morpeth, Northumberland 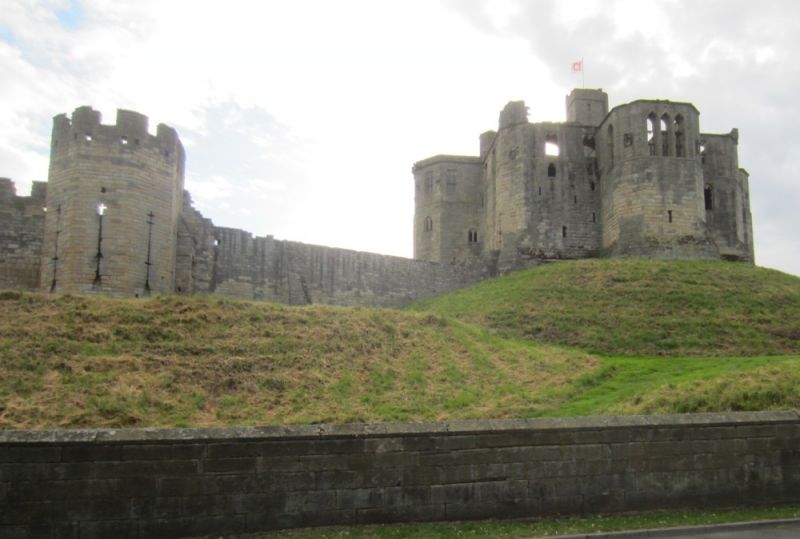 Castle donjon. Early C15, remodelling of C13 keep; partial restoration 1853-8
by Anthony Salvin for Algernon 4th Duke of Northumberland. Squared stone.
Square plan with a projecting bay at the centre of each face, with all angles
canted; 3 storeys, with watch tower near centre rising another 3 floors.
Central lantern or light well also carried drainage from the roofs.

Interior: Ground-floor rooms have 2-centred doorways and pointed or segmental
barrel vaults. Lobby in south wing, with pitfall beneath floor, postern on
east and porter's room to south-east, opens onto Entrance Hall flanked by
Guard Room (with pit dungeon) and Pages' Room. Other ground-floor apartments
are Beer and Wine cellars, Larder and Goods Hall. Broad principal stair in
south bay leads up to Ante-Room and Hall; this has 3 moulded doors at west end
to Buttery, Pantry and Kitchen; C16 fireplace on south; upper mural gallery at
east end. North door into Chapel with canted apse, cusped sedile, ogee-arched
piscina and angel corbels flanking east window; sacristy on south; former
family gallery over west part has 3-light window to ligh well. Solar, to
north of light well, with moulded square-headed fireplace. Lofty kitchen to
north-west has pair of massive fireplaces. Small mural stairs from Hall down
to Wine Cellar, Kitchen to Goods Hall and Buttery to Beer Cellar. 2nd floor
removed, except in south-west part and south bay where floors, some fireplaces
and panelled ceilings are Cl9 restorations. Watch Tower has original newel
stair.

Without a detailed examination it is difficult to ascertain how much C13
fabric survives; the layout of the ground floor chambers is probably original
although the walls were refaced externally and some of the vaults rebuilt in
the C15. A similar cruciform plan is seen c.1200 in the keep at Trim in
Ireland. The C15 remodelling of the upper floors is a notable piece of
military-cum-domestic planning.