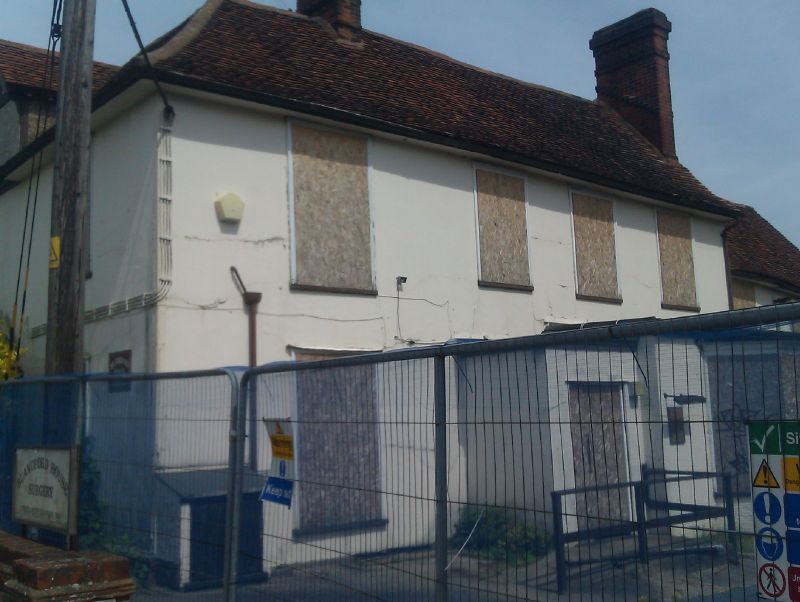 1/124 LONDON ROAD
1.
885 (South East Side)
BRAINTREE
No 7 (Blandford House)
TL 7522 1/124 25.lO.5l.
II
2.
A late C17 or early C18 timber-framed and plastered house (circa 1700). Originally
built on an L-shaped plan with wings to the north-east and south-west. It has
C18 and later alterations and additions. 2 storeys, attics and cellars. 3
window range on the north-west front and 4 window range on the south-west front.
An C18 addition extends at the south-east end, of 3 window range. The windows
are double-hung sashes with glazing bars, in flush cased frames (the windows
on the south-west front of the main block have single vertical glazing bars).
The north-west front has a central doorway with an original shell hood on carved
brackets. A single storey C20 addition projects on the south-west front. Roofs
tiled, hipped with 2 C19 gabled dormers. RCHM (2).