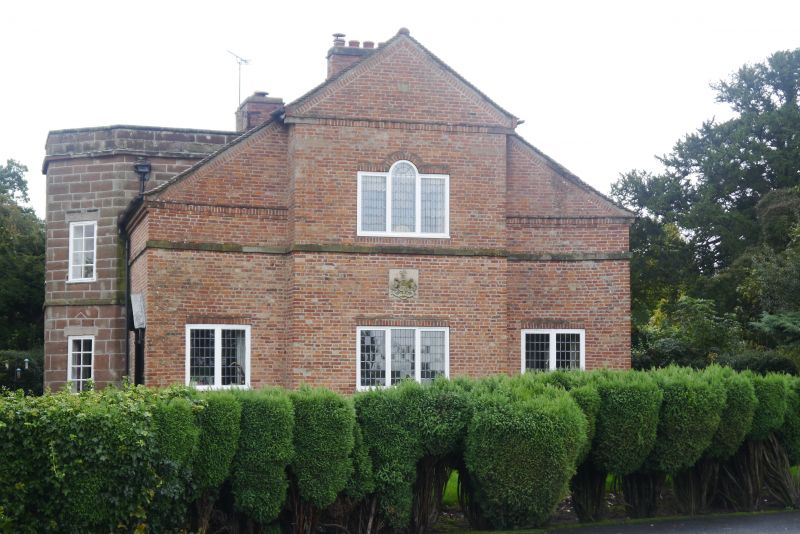 GV
II
Entrance Lodge, now house. Late C18 or early C19, re-built to south east circa 1946. Squared and coursed sandstone, red brick to south west with stone dressings and old tile roof. Gothick Lodge partly re-built circa 1946 in a Neo-Georgian style. One and a half and two storeys.

This was formerly the North Lodge to Tong Castle (qv) and if the now largely demolished Gothic part was late C18 it was probably by 'Capability' Brown.