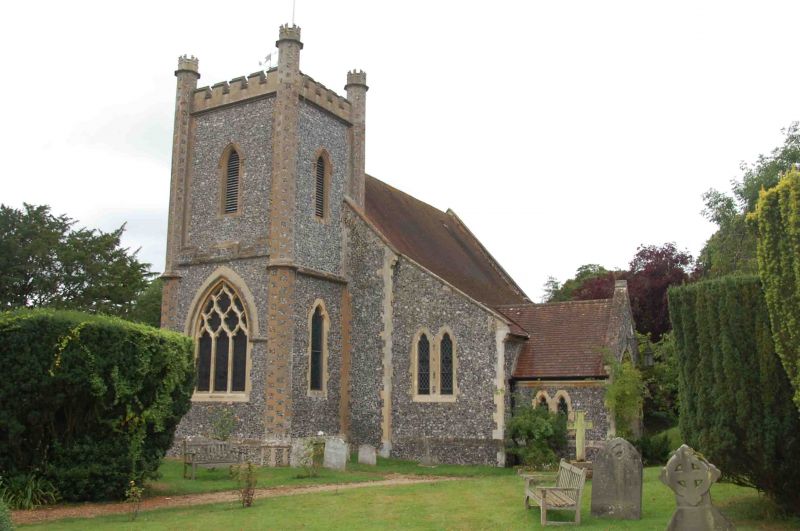 Three bay nave, apsidal chancel, west tower, vestries added 1892 on north side of chancel, south aisle porch and organ chamber 1870. Tower, two stages, deep string course and embattled parapet, octagonal buttresses at angles of diapered stone and flint work. North wall of nave contains at east end an early C14 chalk window with two trefoil lights with flowing tracery under pointed head and the design of this is repeated in the windows of the rebuilding. Arcade of three pointed arches on circular pillars on south of nave, principal doorway at west end of south wall. Stained glass in the apse by Kempe and an elaborate iron screen c1870 with vine trails presented by Sir John Noble, at one time owner of Park Place.

Monuments: three remain from old church; under the bell tower on the north wall a brass to Thomas Maryat died 1591 of Vine Place, later Park mace, and a brass to John Newman, pastor, 1622 on south wall. A scroll pediment on north wall of nave to the Reverend Griffeths Gunnis, 1727.