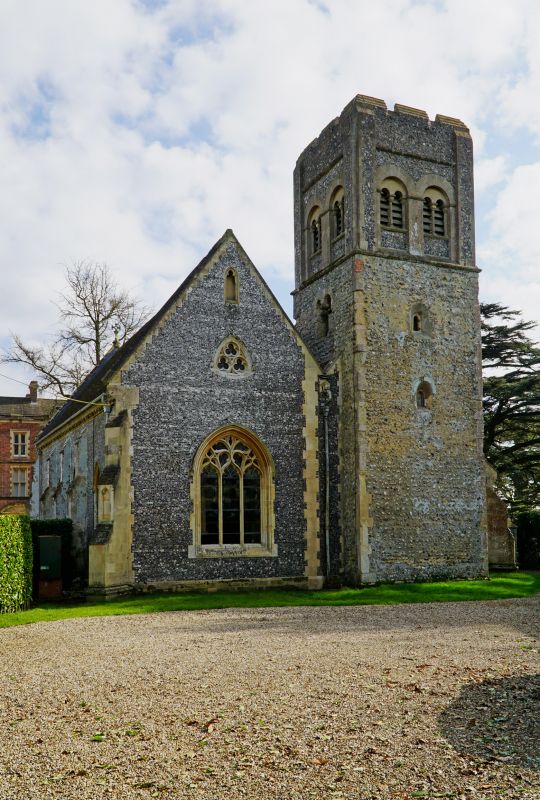 Tower: rough flint Saxon base with long and short quoins and round headed opening high up on West side beneath small double opening with mid-wall shaft. Top stage of tower re-built C19 with corner pilasters and two two-light round headed louvres to each face and crenellated parapet.