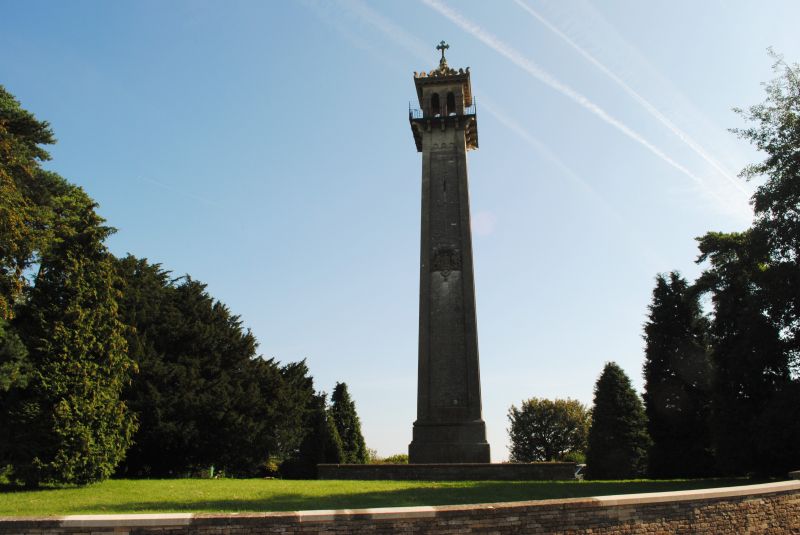 Monument. 1846 by Lewis Vulliamy. Ashlar. Slightly tapering square tower
approximately 100 feet high. Shallow panelled sides, armorial bearings borne
on south-west side. The platform is supported by stone brackets and has a
portcullis (for Beaufort) and chain railing around. Open top with 2 semi-
circular headed lights to each side and impost band; modillioned cornice and
elaborate strapwork, with the effect of Chinese style, which is
surmounted by a cross on an orb. Entrance on north-east side, door case with
pediment. The tower stands on a plinth which is surrounded by low coped walls.
Lord Robert Edward Henry Somerset was a general at Waterloo and died in 1842.