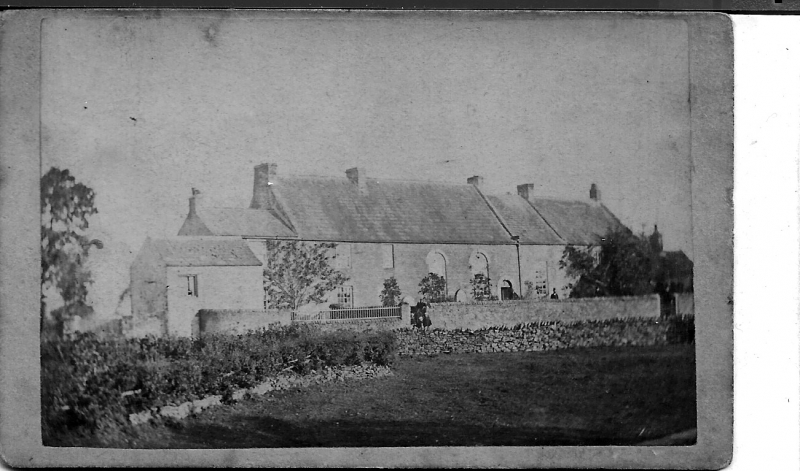 Interior shows stair, opposite door, leading to left and right galleries, with
moulded handrail on stick balusters and carved tread ends; later tongue-and-
groove partition against left balustrade; wall at right of stair. Chapel rich
in original features with side steps to panelled pulpit; pedimented panel as
pulpit back between windows. Pews, with shaped ends and panelled backs,
flanking space in front of pulpit, where original font is said to be in floor,
and under gallery which has similar pews. Coat pegs along side and back of
gallery. Panelled dado in entrance passage with small hinged flap to Chapel.
Small panelled cupboard in front wall beside left gable.