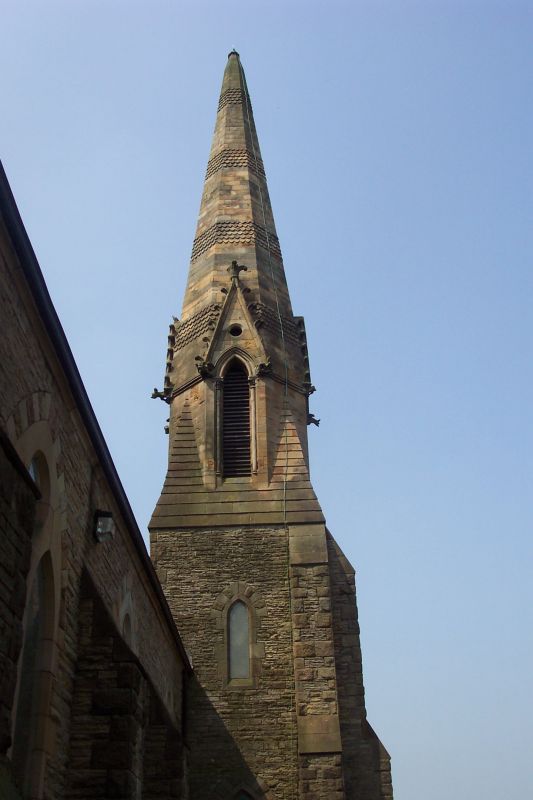 Vestries have low, monopitch roofs with coped ends. North vestry has pair of
trefoil-headed lancets and a stepped lateral stack.