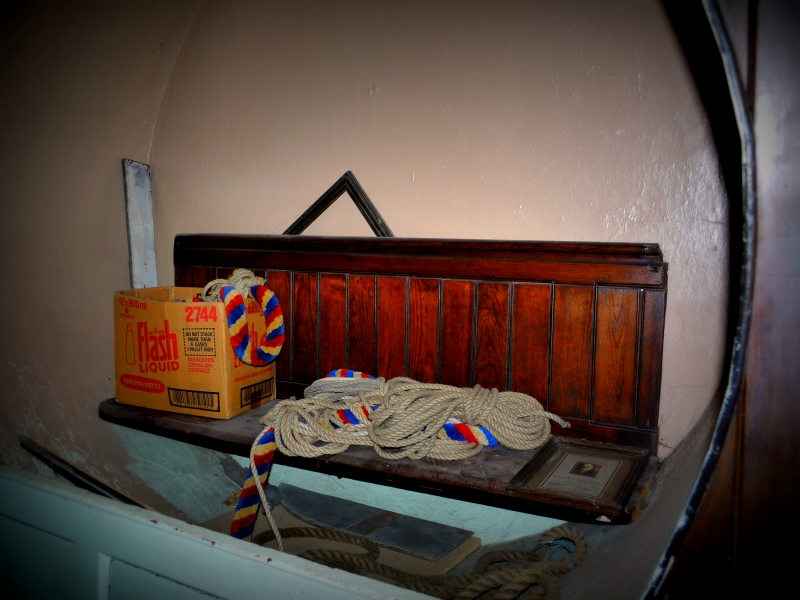 EXTERIOR: A well-proportioned church in a severe Early English style. The chancel has clasping buttresses with corner shafts with bell capitals and a moulded wall-plate above a stone band which in turn runs above an Early English-style corbel course. The roof is steeply pitched. There is a trefoil high up in the gable and a graded triple lancet E window with a hoodmould. The S side is buttressed and has a shoulder-headed doorway. The five-bay nave and lean-to aisles also have clasping corner buttresses. The aisles have a moulded wall-plate and plain stone band over a corbel course as on the chancel. There are buttresses between the bays, each of which has a single lancet window. There is a clerestory formed of narrow lancet slits. The S porch is gabled, and has a richly moulded outer doorway with shafts and stiff-leaf capitals, and a 19th-century two-leaf door with decorated strap hinges. At the W end there is a tall five-stage tower with a projecting SE stair turret to the lowest stage. The tower has big set-back buttresses. There are lancet windows in the lowest stages. The penultimate stage has blind arcading and slit windows; the belfry stage has richly moulded belfry windows with shaft rings, recessed below a corbel cornice to the parapet which has a cornice. The visually abrupt termination of tower is due to the fact that the intended broach spire was never built. There is a moulded W doorway with triple shafts in a shallow gabled projection with blind trefoils on either side of the gable: the 19th-century two-leaf door has decorative hinges. The NE vestry has lancet windows and a flat roof (reduced from an original gable) and a stack with a stone shaft. A 20th-century brick vestry has been built to the rear (W) of the original.

INTERIOR: The walls are plastered and whitened. The nave is very tall under an extremely steeply pitched roof. The chancel arch takes up almost the full width of the nave and has clustered shafts with bell capitals. Blind trefoils decorate the wall above the chancel arch. The tower arch is very tall. Between the nave and aisles there are five-bay arcades with double-chamfered arches on quatrefoil piers with fillets to the shafts and bell capitals. Over the nave is a substantial wind-braced roof with main and intermediate trusses, the main ones being arch-braced with curved queen struts above the collar. There are stone wall-shafts to the main trusses which rise from a string-course at clerestory sill level. The chancel has a most unusual roof with exceptionally long scissor braces and collars: there are ashlar pieces and a moulded wall-plate: it is ceiled with horizontal boards behind the trusses. The aisle roofs are supported on moulded stone corbels with diagonal braces between the rafters and the outer walls of the arcades. The triple lancet E window has internal mouldings on detached shafts with shaft-rings. Below the sill of the E window the wall is decorated with blind Early English-style arcading with small trefoils on the spandrels. The chancel is laid with Minton's encaustic tiles, the sanctuary having tiles with the symbols of the Evangelists.

PRINCIPAL FIXTURES: The 19th-century fixtures and fittings are largely complete. The choir stalls have poppyhead bench ends. There is a good polygonal stone pulpit decorated with niches flanked by polished marble shafts with white marble figures in the niches: it has a cornice decorated with stiff-leaf foliage and has a circular stem with polished marble shafts and brass barley sugar standards to the handrail to the steps. The font is polygonal with a bowl and stem in one and has Early English arcading round it. The 19th-century benches have shouldered ends and panels with blind flamboyant tracery. The nave has a timber dado of 1932. The stained glass includes a high-quality E window depicting the Ascension. There is an unusual First World War memorial, a small Arts and Crafts triptych with a beaten metal image of a knight in the centre as the upright of a red enamel St George's cross with brass panels inscribed with names, to the wings.

HISTORY: The expansion of population due to the arrival of railway workers for the York and Newcastle Railway Company in this area occasioned the need to expand Anglican church accommodation. Initially a warehouse was used for Sunday services and in July 1845 a new ecclesiastical district was created. George Hudson, 'the Railway King', was adamant that the new church should by both conspicuous and attractive (Torode). Subscriptions were invited. The foundation stone was laid on 10 September 1847 and the building was estimated to cost £3,200. Progress was slow and it was only completed in 1849: the official opening took place in January 1850. The church had some 620 seats of which over 380 were free. The final cost was £4,000.

The architect, John Middleton (1820-85), was born in York where he became the pupil of James Pigott Pritchett. He began practice in Darlington in 1843, presumably attracted by the opportunities presented by the expansion of this railway town. By 1859 he moved to Cheltenham where he had accepted a commission to design St Mark's church. He subsequently developed a very successful career in the area as a High Victorian Gothic architect.

St John's is a fine building and marks the start of a distinguished church-building career by Middleton. The proportions of the building and the Early English detail is handled with assurance and the building has a strong architectural presence in is neighbourhood. It represents a marked advance in architectural sophistication for church building since the 1830s when Early English-style churches were so often very routine and poor in detail. It is thus a reflection of the fact that Middleton, whose first church this was, had absorbed the messages from Pugin and the ecclesiologists about how churches should be built. Sadly the spire was never built.

REASONS FOR DESIGNATION:
The Church of St John the Evangelist is designated at Grade II for the following principal reasons:
* It is of considerable interest as a well-proportioned early Victorian Gothic Revival church in a strong, severe Early English style. It marks a considerable advance on the rather starved lancet churches that were being built in considerable numbers just ten years before.
* Although lacking the intended spire it has a very fine architectural presence and is an important local landmark.
* The interior is tall and impressive and has a remarkable scissor-braced roof over the chancel.
* It has retained an extensive collection of its original C19 fixtures and fittings, which retains their coherence.
* It is of historic interest as a reflection of Darlington's growth at this time, and for the particular connection with George Hudson, an important figure in railway history.