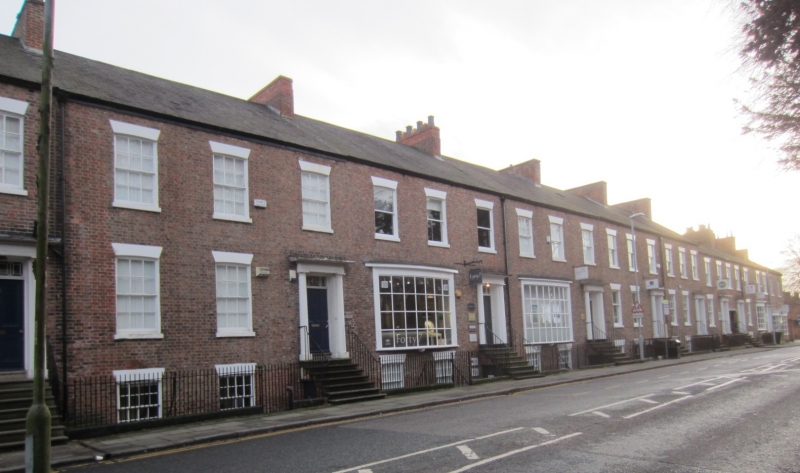 2.
Early-mid C19 terrace, each 2 storeys and basement, 3 windows (except Nos 55, 59
and 61, two windows only). Pinkish brick, Slated roof of moderate pitch with
series of transverse ridge stacks. Stone cills and lintels to recessed sash windows
mostly with glazing bars. Seven steps to 4-panel doors with cornice head and patterned
oblong fanlight in Doric doorcase with engaged fluted columns. Original wrought
iron hand and area railings. Nos 47, 49, and 59 have modern bow shop windows.
No 61 lids a reproduction double bow shop front and an entrance on right return,
similar to other doorways but without headed A carriageway runs between Nos
55 and 57. Rear elevation shows round headed landing windows with radial glazing.