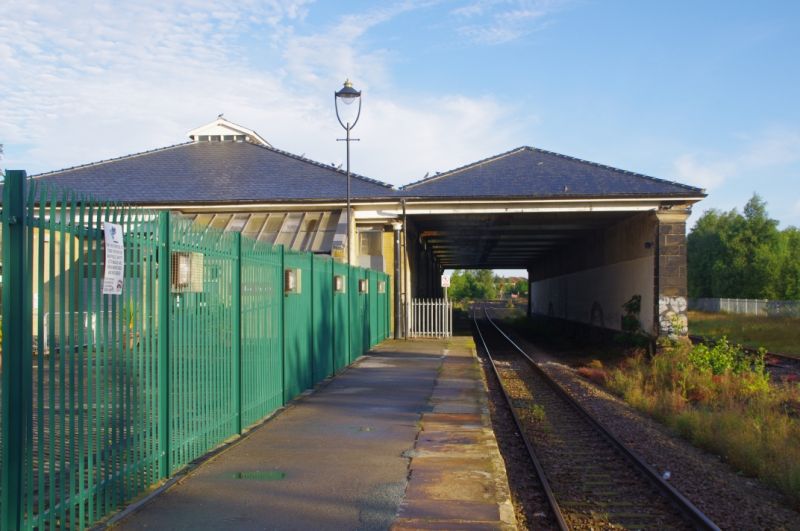 2.
Circa 1840, replacing or enlarging the original terminus of the Stockton and Darlington
Railway opened 1825.
Long front building having 2-storey, 6-window centre with a loggia whose 7 cast
iron columns support a bracketed timber cornice. Long, single-storey side wings
of differing lenth and irregular fenestration. Walls now roughcast. Slated roofs
with eaves soffits and chimney stacks of conjoined hexagonal ashlar shafts at ends
of centre block; similar paired or single shafts to wings. Plain, timber-roofed
train shed at rear in 2 unequal spans with row of cast iron columns. Short flanking
sheds with cast iron supports to lean-to roofs against the front building. Good
example of early, straight forward railway station. Now in use as a railway museum.
Graded for its association with the 1st public railway in England.