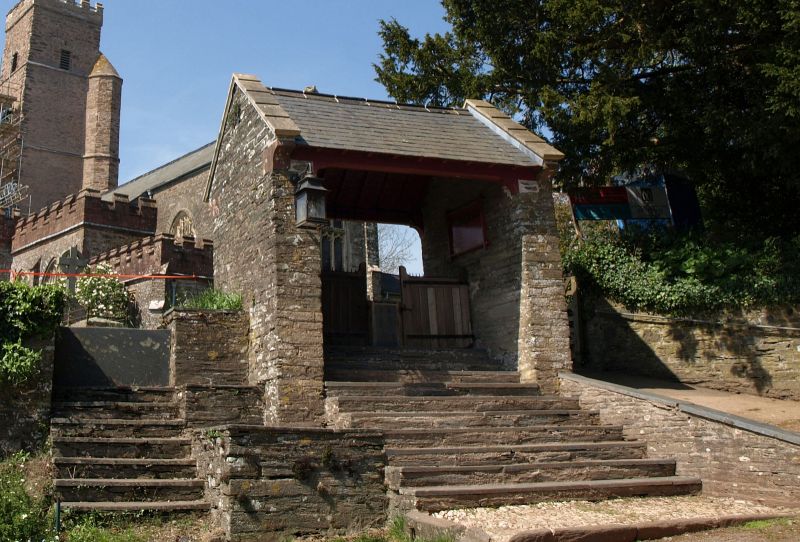 Lychgate, mounting block and adjoining stile and their steps and the adjoining
churchyard retaining wall. Probably late C19. Dressed slate and with slate
coping and treads to steps. Slate roof with coped gable ends.
Plan: The lychgate to the right (north) has a flight of steps in front, and
to the left of the steps at the front a mounting block with a stile set back
to the left with another flight of steps in front. Adjoining left (north) the
curved churchyard retaining wall has railings above.
The lychgate is open between the gable end walls with coping and kneelers and
the roof is supported on chamfered timber bressumers.
From the road below a wide flight of steps rises into the lychgate under which
there is a slate coffin rest and 2 wooden gates. To the left of the lychgate
a stile made from a large vertical slate with a flight of slate steps in
front. Between the two flights of steps a large mounting block with a slate
platform. to the left of the stile the curved churchyard retaining wall has
iron railways above. To the right of the lychgate there is a ramp up to the
churchyard.