Pair of Limekilns About 370 Metres South East of Bow Bridge 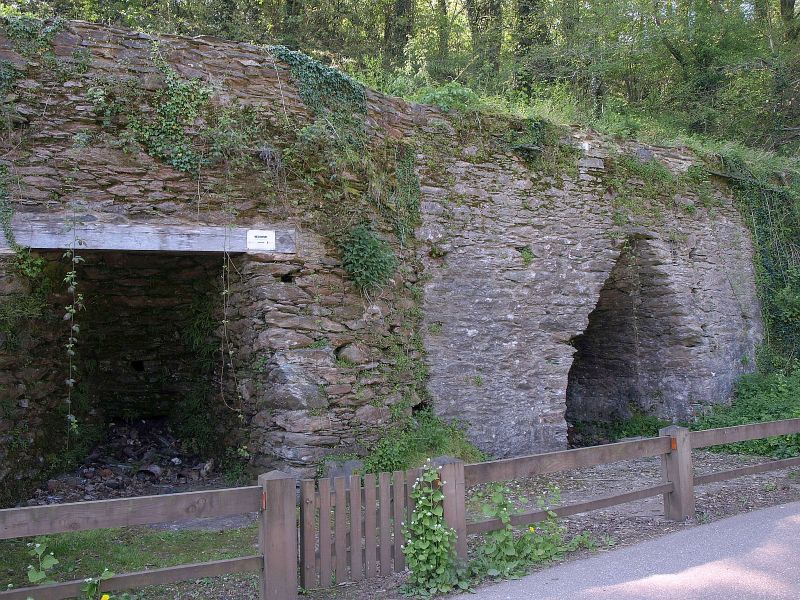 Pair of adjoining limekilns. Probably C18 or early c19. Local limestone and
some slate rubble. The two limekilns are built into the bank behind for top
loading. The right hand kiln may be a slightly later addition, the left hand
kiln has a bowed front and both have corbelled swallows (openings), semi-
circular on plan inside with stoking holes at the back. The front is
overgrown with ivy.
Situated on the roadside immediately south east of the quarry near the head
of Bow Creek.
These limekilns were apparently used again during the Second World War after
a long period of disuse.