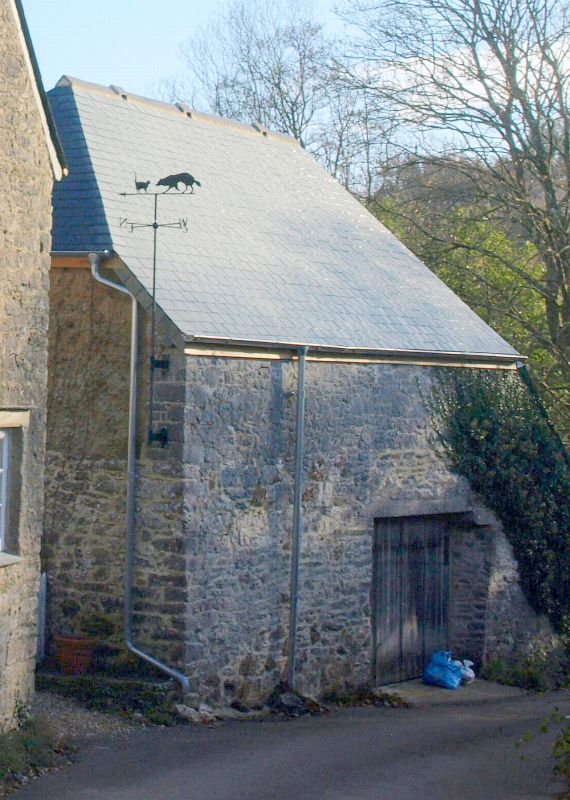 Granary over a store. Probably C18 with C19 alterations. Local limestone
and slate rubble; north and south end walls cob at upper levels; the upper
wall on corrugated iron roof, gabled at south end and half-hipped at north
end.
Plan: store or stables on ground floor with granary is left above reached
by external stairs on north end. Probably in C19 as open-fronted lean-to
was added at the south end. In C20 a wide garage doorway was inserted into
the west side of the ground storey.
Exterior: 2 storeys. Single central doorway on east side with plank door
and timber and timber lintel. West side facing road has wide C20 doorway
with concrete lintel. The north end has external stone stairs up to left
doorway which has old plank door and with wrought iron hinges. The open-
fronted lean-to at the south end has lean-to corrugated iron roof; the open
bays are now blocked.