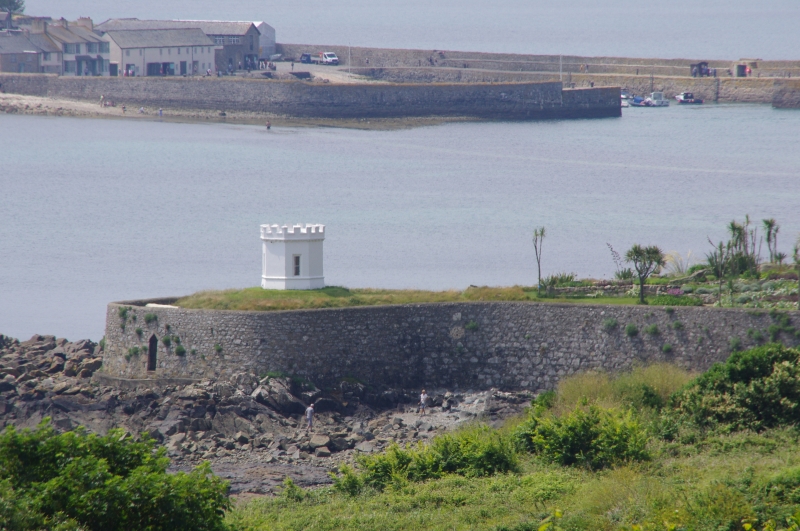 Gazebo, in the grounds of a former vicarage. Circa mid-late C19. Stuccoed walls and
modillioned cornice under an embattled parapet.
Plan: small octagonal plan.
Exterior : single storey. Doorway in north face and windows in the south, east and
west faces. Plinth, plain doorway with ledged door and tall window openings with 2-
pane horned sashes.
Interior not inspected.
A fashion for castles and Gothic seems to have affected Marazion in the C19,
presumably partly caused by the proximity to St Michael's Mount. This building is
the most modest example but is sited prominently opposite the Mount.