Lych Gate, Churchyard Wall and Raised Pavement to South and West of Churchyard 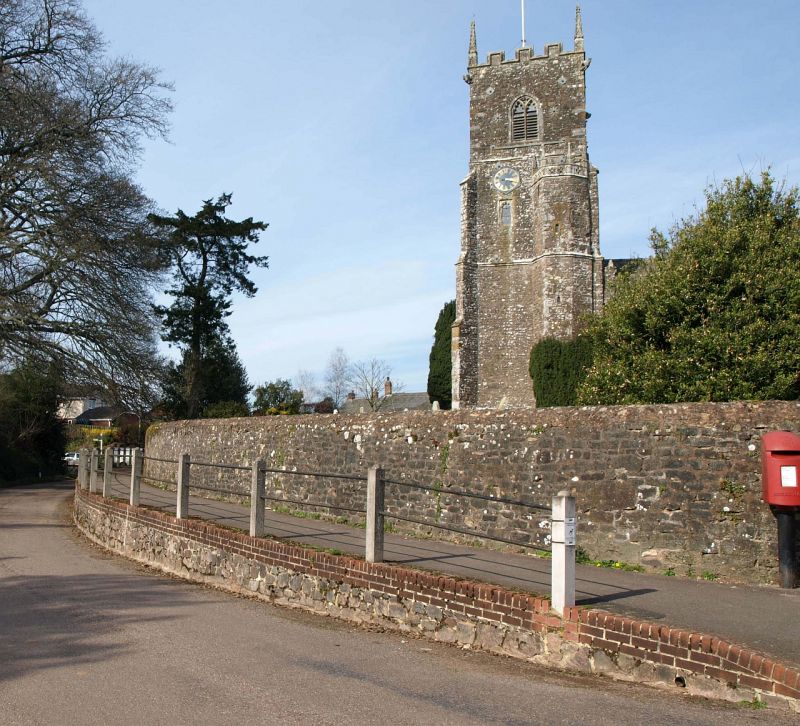 Lych gate, churchyard wall and raised pavement. The lych gate is late C19. The
wall and raised pavement has been much restored in the C19 and C20 but is probably
much earlier. The lych gate is timber-framed with slate roof. The wall and
pavement is local volcanic and sandstone rubble including some large roughly-squared
blocks laid to rough courses.
The lych gate is the south gate to the churchyard. It stands on top of a flight of
4 wide granite steps. It has a simple construction. Plain single posts each end
braced to take the gabled roof. It contains its original wooden gate. To left the
churchyard wall projects forward curving round to revet the south side of the
churchyard, then curving round the corner to return along the west side. It is a
tall wall since the churchyard is terraced high above the road. A raised pavement
runs round the outside of the wall; it was repaired circa 1980 with new railings
fixed into concrete posts.
This lych gate, churchyard wall and raised pavement enhance the setting of the
important Church of St John (q.v).