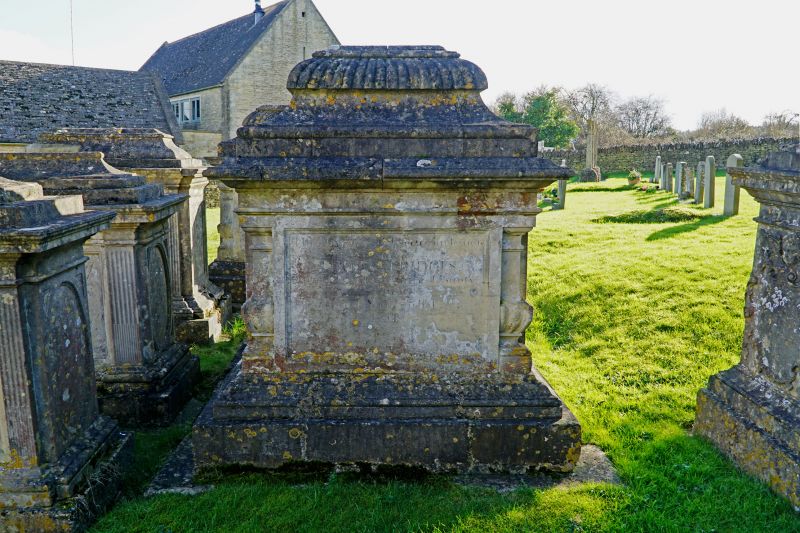 Entry Name: Group of 9 Mainly Howse and Bridges Family Monuments in the Churchyard Approximately 6 Metres South of Porch to Church of St Michael

A tightly packed group of tombs with three sets of matching
designs, all of high quality. Very well preserved.