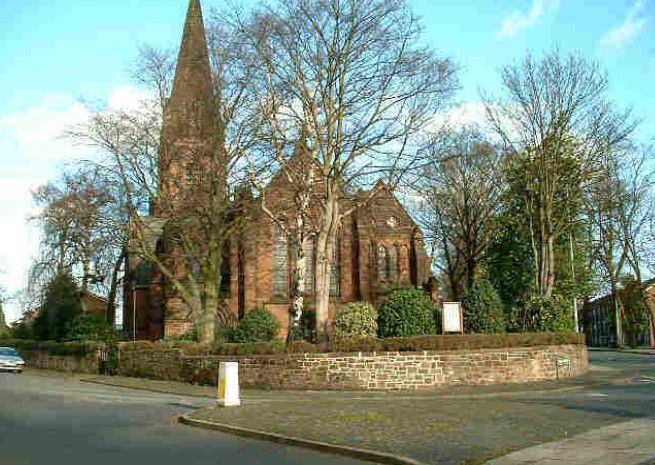 West front has aisles recessed behind lean-to porches. Nave has three lancets and rose window over small gabled buttress; flanking gabled buttresses. Porches have gabled entrances of one order; aisles have five lancets, the outer ones blind. North side has aisle with lancet triplets under hoodmoulds between gabled buttresses. Transept of two gabled bays has paired lancets with blind quatrefoils above.