Remains of Church on Burrow Mump 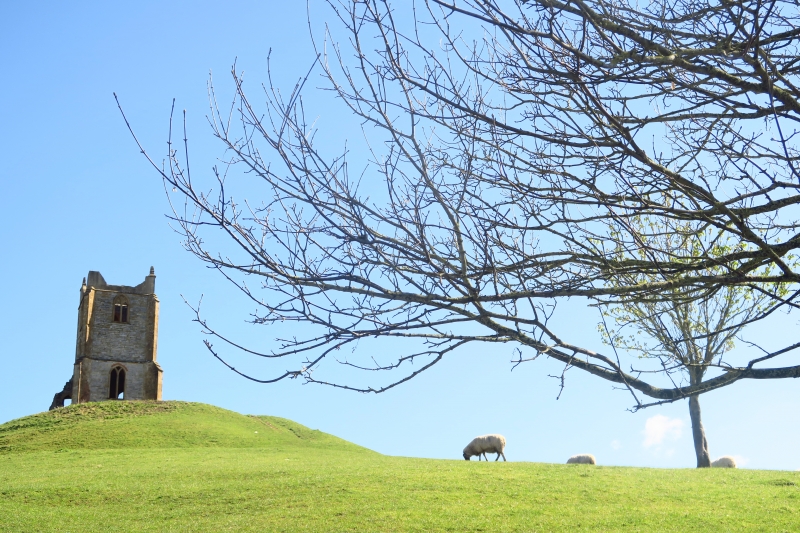 Remains of church. 1793 on site of late medieval church. Squared and coursed lias with red brick and Ham stone
dressings. West tower, 3-bay nave, south porch. Three stage west tower with solid parapet ramped up to obelisk finials,
north-west corner renewed mid C20, diagonal buttress, 2 window openings on west front; slate plaque on south face
inscribed "Burrow Mump. This hill was given to the nation by Alexander Gould Barrett that the men and women of Somerset
who died serving their country in the Second World War may be remembered here and in time to come. Sumorsaete ealle'.
Roofless nave with remains of porch, window openings without tracery including large east end window opening. The
coarse detailing gives the impression that this was errected as an eye-catched rather than as a church. Attempts wade
to erect a chapel of ease in late C18 were abandoned, and in the early C19 the Church of St Michael (qv) was erected at
the foot of the hill. This was not the site of King Alfred's headquarters in 879 as stated in the previous list. It is
a dramatic feature in the flat landscape of the Levels. Scheduled Ancient monument (Somerset County No 203).
(Photograph in NMR; VCH Somerset, Vol 6, forthcoming).