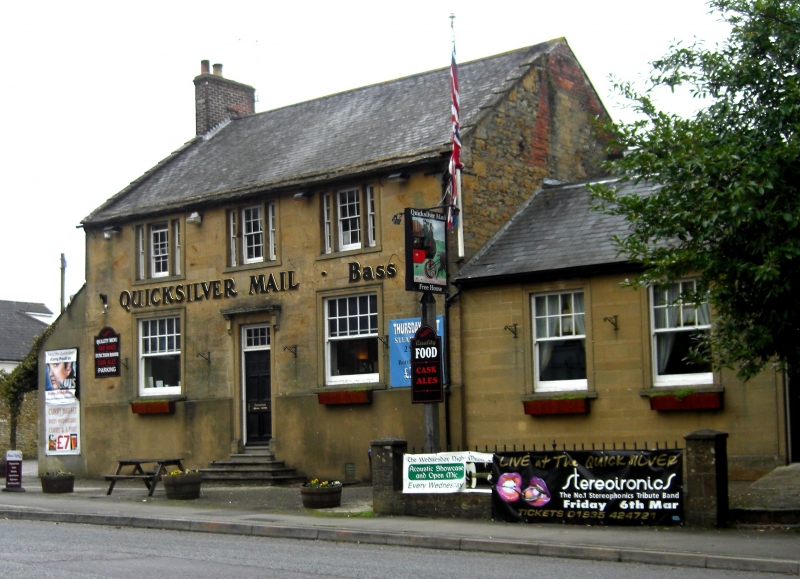 Inn, of C18 with later modifications. Ashlar Ham stonework, with Welsh slate
roof between coped gables (two bottom courses of stone slates remain); brick
chimney stacks at each end, that on South-west side widens at base, probably for
oven. 2-storeys 3-bay facade, with (later) central doorway and 5 steps, crowned
by shallow stone hood on modern brackets; on ground floor the sash windows to
either side of the door had 20-panes: in each case the lower glazing bars
removed: the windows set in architraves: the 3-first floor windows each have a
central 12- pane window with 4-pane sidelight set in raised mullioned surrounds.
Interior not inspected. The 'Quicksilver' was one of the fastest London/Exeter
mail coaches in the 1830's, which is said to have changed horses here.
Originally 3-storey - lowest buried by raising of road level).