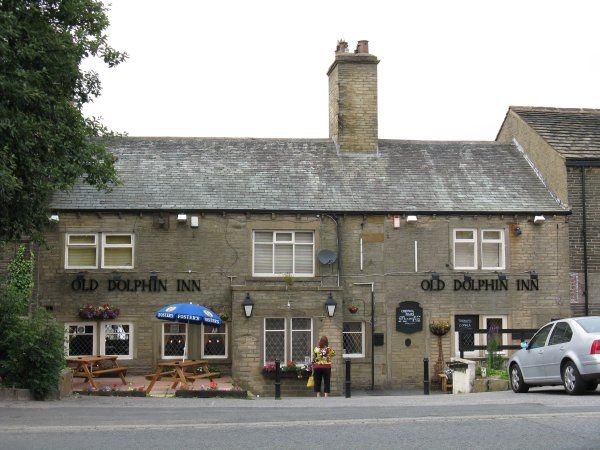 2.
Mid C18 rebuild of an old established inn on the Bradford-Halifax coach road.
Enlarged 1790, when no doubt the coach house and stables were added, to meet the
increased traffic of the heyday of the stage coach. Two-storey 3-bay front, the
left hand 2 bays being the original part with irregularly coursed sandstone
"bricks" and quoins. The right hand bay of circa 1790 with similar thin "bricks"
to coach house. Re-slated roof with bracketed eaves. Two-light square mullion
windows in squared surrounds. Modern stone porch. Corniced chimneys. Two and
3 light square mullion rear windows.