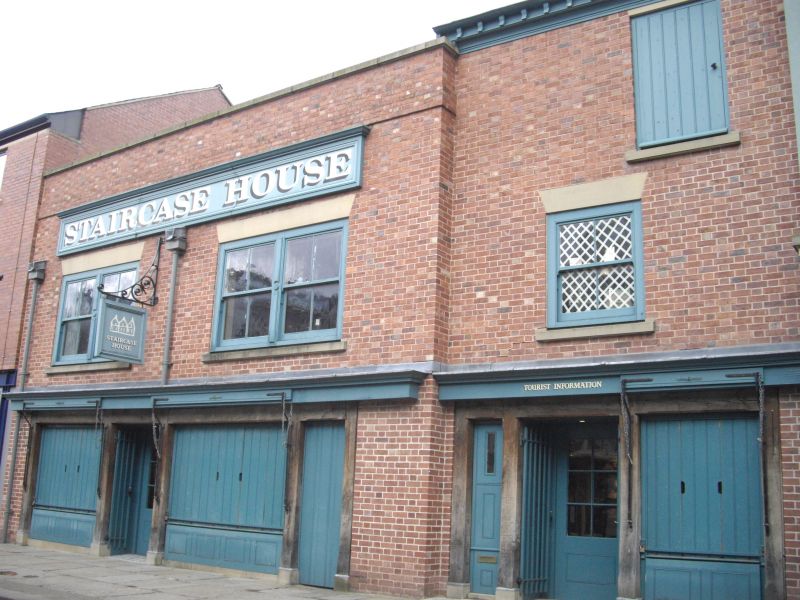 Town house, shop and warehouse, now cafe and shop (when surveyed). Later C15, rebuilt and enlarged in more than one phase in C16, altered and further enlarged probably in early C17; remodelled in C18; altered in C19 and C20; and in poor structural condition at time of inspection (1992). Timber frame with wattle-and-daub panelling (extensively replaced with brick), the front range rebuilt in brick; slate roofs.

Complicated and irregular plan resulting from successive rebuildings and additions to the rear of a former two bay cruck-framed range which was parallel to the street. Two and three storeys over cellars and basements, three structural bays (two to No. 30A, one to No.31). The whole complex represents an unusually complete series of building phases, from c.1460, of which the following are among the principal features of interest: the upper parts of two cruck frames (which have been dendrochronologically dated c.1460); extensive remains of original timber-framed side, rear and internal walls; remains of originally unglazed wooden mullioned windows in the basement; beams at ground and first floors with ovolo and quarter-round moulding; an exceptionally fine formerly cage-newel staircase with open strapwork panelling and carved newels; a room at first floor of the rear wing of No.30A with almost complete C17 muntin-and-rail panelling; and a suite of two rooms at first floor of the front range with fine early C18 bolection-moulded panelling (parts missing and parts loose at time of inspection) including dado rails, doorways with eared architraves and a cross-corner fireplace with a date stone set in the overmantel lettered "16 S 18 / M I E".

For full details see C.Hartwell and S.R.Bryant A Measured Survey of the Buildings at Numbers 30A and 31 Market Place, Stockport (Greater Manchester Archaeological Unit, 1985); and report of dendrochronological analysis by Nottingham University Tree-Ring Dating Laboratory, 1989.