A Grade I Listed Building in Westwell, Oxfordshire 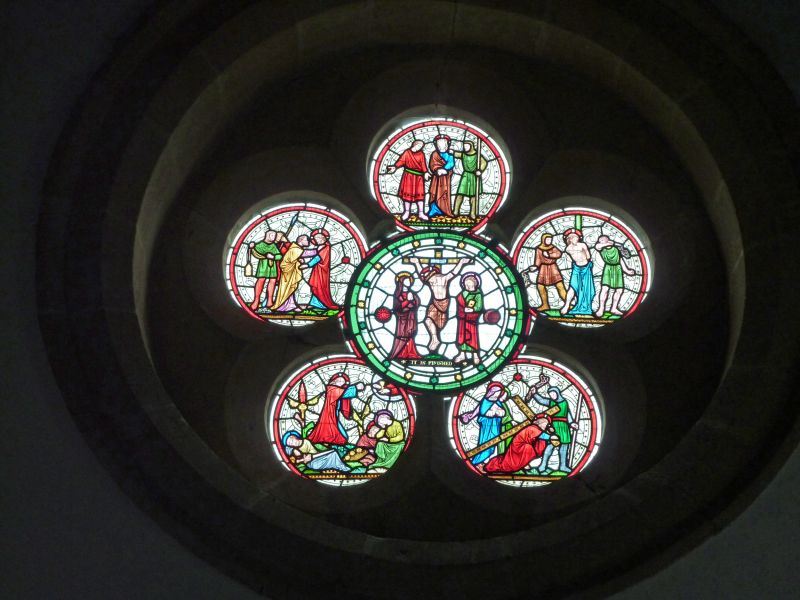 Small Parish Church. C12 origins, chancel C13, porch C15 when the church
was remodelled, west bay and bellcote 1869 by E J Tarver. Rubble with
Cotswold stone roof and coped verges. Small 2-cell church, the nave now 3
bays, chancel 2 bays. Lancets and corbel table to chancel, east window a
large cinquefoil within a roll-mould (unusual but shown on Buckler's
drawing of 1825). Square head window to right of porch with 3 cusped-head
lights and label (restored). Mid-C12 south doorway with one order, set
back nook shafts and flaring chevron, the tympanum has a rebated surface
and a scratchdial. Porch has side buttresses and wave-mould doorway, it
also has a scratchdial (to replace the one the rendered ineffective by
building of the porch perhaps) and inside is a cusped niche the former
piscina from the chancel. West bay has plate tracery to north and south,
dated label stops on north, flowing ribbon to south. Square-plan bellcote
with 3 arched louvred belfry windows on each side. Interior plastered.
Roof in part probably C16 with arch-braced collars and queen struts. Tall
Norman north doorway (now into vestry). Wide, lightly pointed (?
remodelled) chancel arch with chip-carved impost string, cushion caps,
with beaded panels (to north). Chancel has a segmental head recess with a
C17 communion table - perhaps for Easter sepulchre zone probably for
founder/benefactor's tomb - below short north window. The main altar is a
re-used mensa slab (discovered 1933). The south chancel window retains
evidence of painted decoration, florets etc. 2 important monuments, (cf
Pevsner: B of E). Uncharacteristically the chancel monument to the Rev.
Richard Thorneton (died 1613) has above it a helm; amateur touching up of
the heraldry on shields of tomb-chest. Trinder monument on north wall of
nave obviously built without taking into account that it would have to
clear the (lost) box pews and so entangles itself with roof structure.
Unusual quadrilobe and reeded base chalice - type font. Early C16 glass
in south window of nave (? contemporary). Advowson belonged at on time to
the Hospitallers of Quennington, later to Edington Priory.
Buildings of England: Oxfordshire (ed. Sir Niklaus Pevsner) 1974.