A Grade I Listed Building in Burrow-with-Burrow, Lancashire 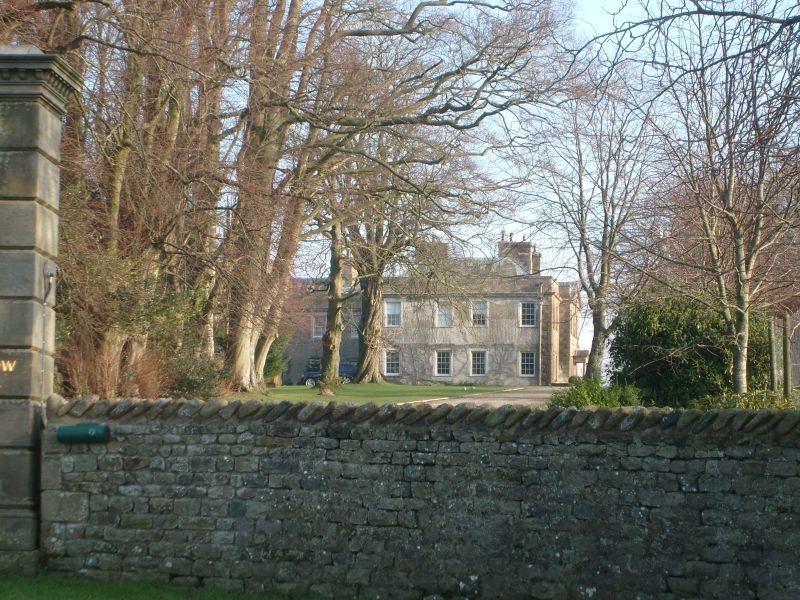 Country house, built c.1740 by Westby Gill for Robert Fenwick. Sandstone
ashlar with slate roof. South facade a symmetrical composition of 7 bays,
the 3 central bays projecting under a pediment, with chamfered quoins,
dentilled cornice, and solid parapet. The windows have architraves and are
sashed with glazing bars. The Ionic porch has a modillioned pediment.
Within the main central pediment is a cartouche with festoons. 2 chimneys
on ridge, at each side of the pediment. The cornice and parapet are
continued on all facades. The east facade is 10 bays wide and has sashed
windows with glazing bars and cyma-moulded stone surrounds. The doorway,
in the 4th bay, has a surround of alternate rustication and a Tuscan porch
with pediment. On the west side the south block and the north wing project
to form an open courtyard. The windows are similar to those of the east
facade. In the wall forming the east side of the courtyard are 2 doorways
with architraves and triangular pediments. In the north wall of the south
block is a stair window with round head. Interior has richly-decorated
plasterwork attributed to Francesco Vassalli and Martino Quadry. The
entrance hall has a Doric screen of 3 arches leading to the stair hall, a
triglyph frieze, and a cornice with mutules and guttae. The ceiling has
raised mouldings, corner medallions, scrolls, interweaving bands, and
other Baroque ornament. Above the fireplace is a trophy of arms. The
drawing room, to the right, is lined with raised and fielded panelling
with an oak-leaf frieze. It has a marble fireplace and a doorcase with
triangular pediment. The plaster ceiling is similar in style to that in
the hall. The dining room, to the left of the hall, has unpainted oak
panelling and a ceiling with medallions and more sparse ornament. The
mahogany stair rises on 3 sides of an open well and has an open string
with 3 turned balusters to each tread. The ceiling of the stair hall is
another Baroque design, with medallions of Roman emperors and of Newton
and Milton. The main 1st floor room is panelled, has a carved marble
fireplace, and a ceiling with corner medallions of the Labours of Hercules
and a sunk panel of Flora being offered a basket of flowers.